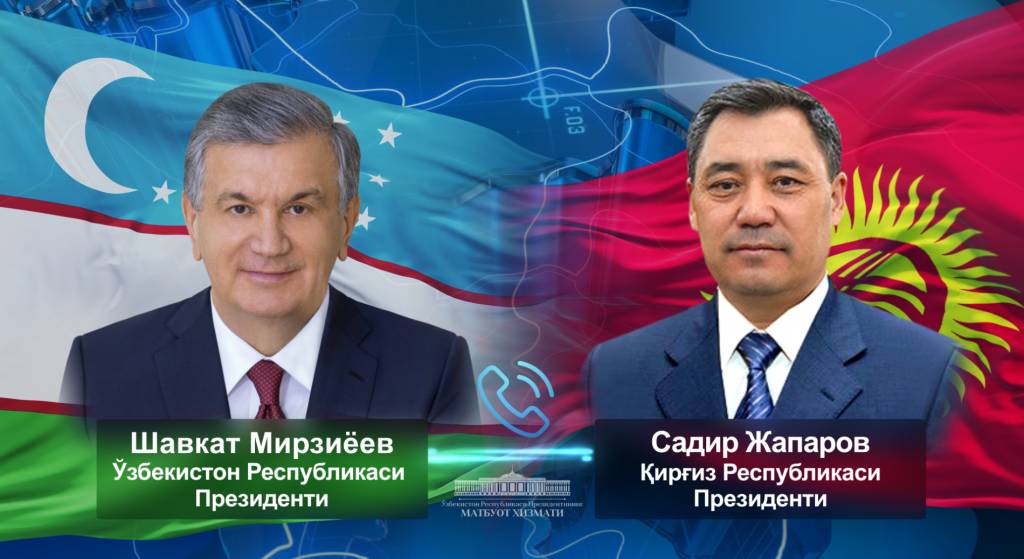 The President of Uzbekistan cordially congratulated the Leader of Kyrgyzstan on his birthday, sincerely wishing him good health, prosperity and great success, as well as peace and prosperity to the fraternal Kyrgyz people.

It was noted with deep satisfaction that, in accordance with the agreements at the highest level, the good neighborliness and strategic partnership between Uzbekistan and Kyrgyzstan are being consistently strengthened, as well as multifaceted cooperation between the countries is dynamically developing.

It was emphasized that the recent signing and ratification of important bilateral documents – the Treaty on Separate Sections of the State Border and the Agreement on the Joint Management of Water Resources of Andijan Reservoir – will contribute to deepening practical interaction, the sustainable development of our states and the entire region.

Mutual trade indicators continue to grow – since the beginning of the year, the trade turnover has reached $1 billion for the first time. The Uzbek-Kyrgyz Development Fund has been launched, several cooperation projects are being jointly implemented in industry, energy, electrical engineering, agriculture, transport and other sectors.

Active preparation of large regional projects for the construction of the Uzbekistan – Kyrgyzstan – China railway and the Kambarata hydroelectric power station is underway.

The heads of state noted the importance of building up a portfolio of trade contracts and investment programs to qualitatively fill the agenda of upcoming contacts.

The telephone conversation between the Presidents of Uzbekistan and Kyrgyzstan took place in a traditionally warm and friendly atmosphere.