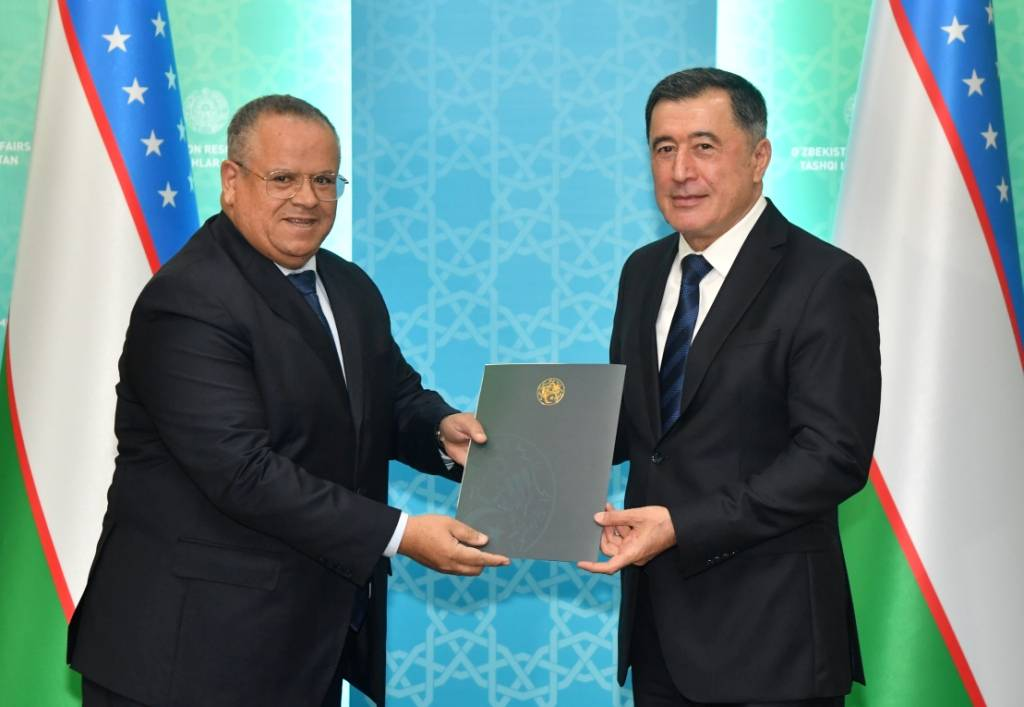 On November 7, the Minister of Foreign Affairs of the Republic of Uzbekistan Vladimir Norov received the Ambassador Extraordinary and Plenipotentiary of the People’s Democratic Republic of Algeria to Uzbekistan Boumediene Guennad. Accepting copies of his credentials, the minister congratulated the Ambassador on his appointment and wished him success in his diplomatic mission.

Boumediene Guennad assured of the commitment of the Algerian side to the comprehensive expansion of ties with the new Uzbekistan in all directions. A high assessment was given to the modern development of Uzbekistan and the progress achieved in systemic socio-political and socio-economic transformations.

At the meeting, proposals were considered to intensify political dialogue, including through the organization of mutual visits, holding consultations, developing inter-parliamentary contacts, and coordinating interaction within international institutions. An agreement was reached on taking joint measures to enhance collaboration in trade and economic sphere.

The presence of significant opportunities for increasing the tourist flow from Algeria to Uzbekistan, especially to the world-famous historical cities of Tashkent, Samarkand, Bukhara and Khiva, was emphasized.