Uzbek FM meets with the Ambassador of Kazakhstan 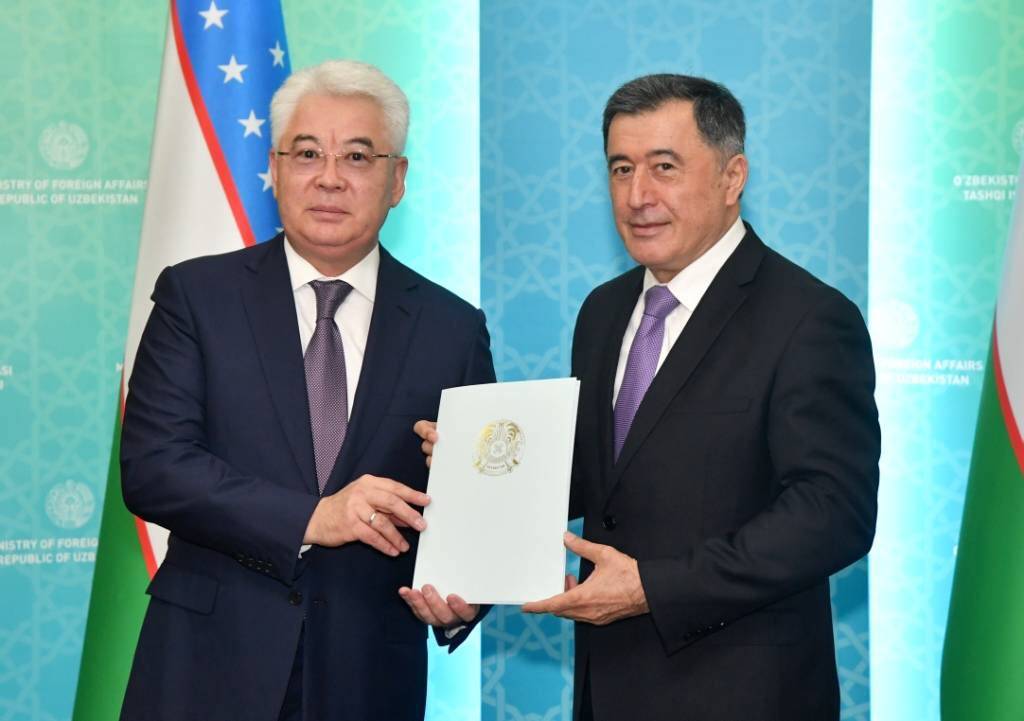 The Ambassador presented copies of his credentials to the Minister, who congratulated him on his assumption of office and wished him success in his diplomatic mission.

The parties discussed further strengthening the good neighborliness, strategic partnership and alliance between Uzbekistan and Kazakhstan.

The course of implementation of the agreements reached the highest level was considered. Views were exchanged on preparations for the planned visits and joint events, as well as the participation of Kazakhstan delegation in the summit of the Organization of Turkic States, the meeting of the Ministers of Foreign Affairs of the countries of Central Asia and the European Union, the Conference on Connectivity “EU – Central Asia” in the city of Samarkand.

Uzbekistan and Kazakhstan's commitment to intensifying cultural and humanitarian ties was emphasized. In this context, issues of preparation for Uzbekistan Culture Days in Kazakhstan in November this year were discussed.