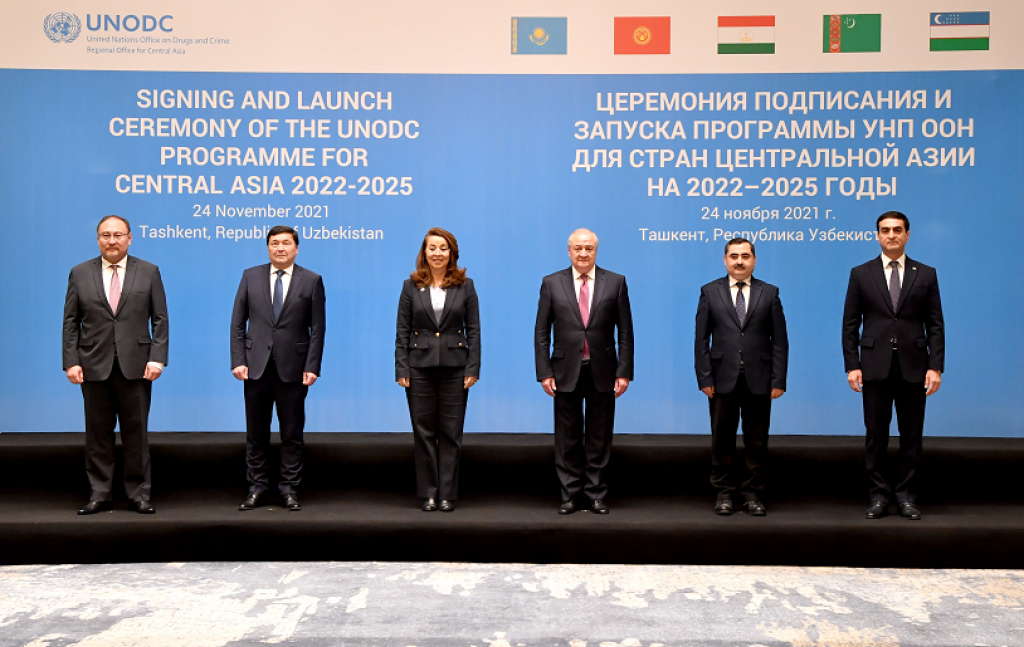 The Minister of Foreign Affairs Abdulaziz Kamilov took part in the signing and launching ceremony of the UNODC Programme for Central Asia 2022-2025, in Tashkent.

In his speech, the Minister of Foreign Affairs of Uzbekistan focused on the main areas of cooperation with the UNODC, noted the effectiveness of the previous phase of the Office’s Program in helping the states of the region to achieve practical results in the fight against drugs, organized crime, corruption and terrorism. Mr. Abdulaziz Kamilov emphasized the relevance of the signed Program in countering transnational threats.