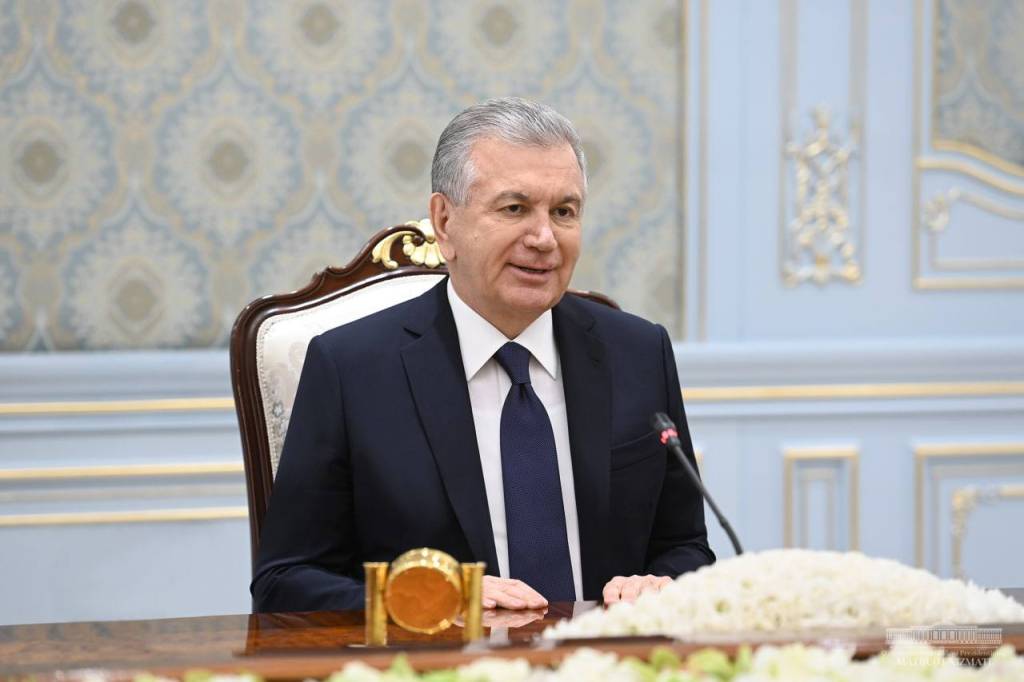 On November 8, President of the Republic of Uzbekistan Shavkat Mirziyoyev received a delegation from the city of Saint Petersburg led by Governor Alexander Beglov.

Issues of further enhancing practical cooperation at the level of regions of the two countries were considered.

The main attention was paid to the creation of modern trade, commercial and logistics infrastructure to increase mutual trade, support and promotion of industrial cooperation projects of leading companies, deepening cooperation in housing, communal services and urban planning.

The continuation of an active cultural and humanitarian exchange was supported.

An agreement was reached on preparing and adopting an action plan for mutually beneficial cooperation between Uzbekistan’s regions and the city of Saint Petersburg.