Servicemen solemnly awarded at the Ministry of Defense 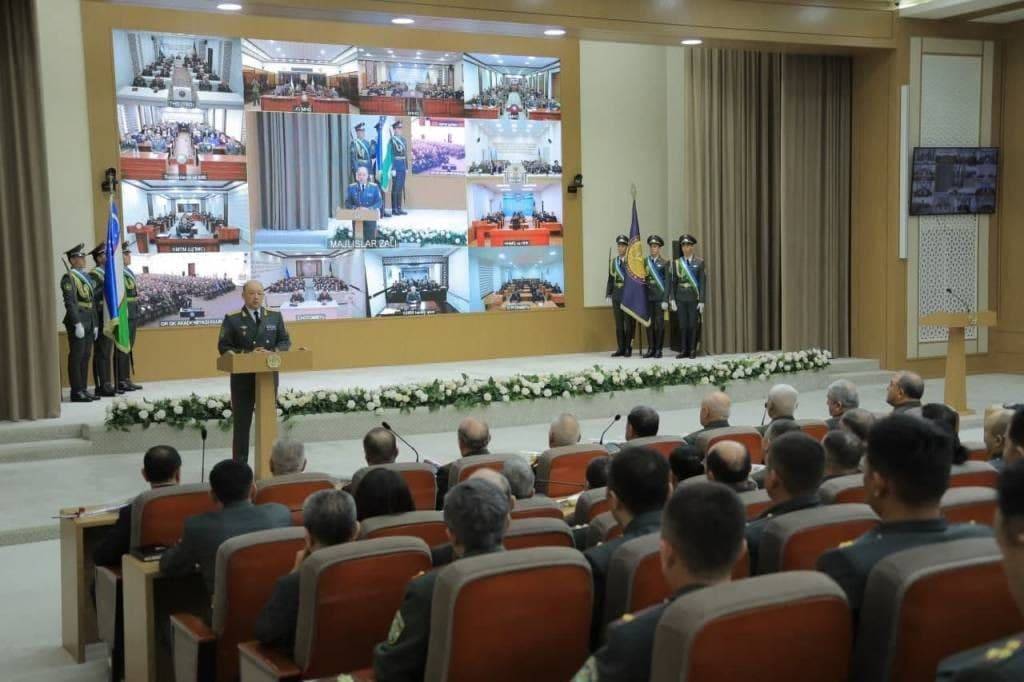 The Ministry of Defense hosted a festive event dedicated to the 30th anniversary of the Armed Forces and the Defender of the Motherland Day.

It was attended by the Minister of Defense, Lieutenant-General Bakhodir Qurbonov, deputy ministers, members of the Public Council under the Ministry of Defense, military personnel, representatives of state and public organizations.

The Minister of Defense, dwelling on the tasks set by the President at a recent expanded meeting of the Security Council, informed about the consistent transformations carried out in the sphere, the creation of new training grounds, centers, the growth of scientific potential, professional combat skills, the experience and dedication of military personnel.

Under the decree of the President, on the occasion of the 30th anniversary of the Armed Forces and the Defenders of the Motherland Day, a group of servicemen was awarded high state awards. Another group of servicemen was awarded the next military ranks, commemorative signs “O’zbekiston Qurolli Kuchlariga 30 Yil” (30 Years to the Armed Forces of Uzbekistan).

At the event, the winners of the competition, which was held under the motto “I am the winner”, were determined in several nominations.