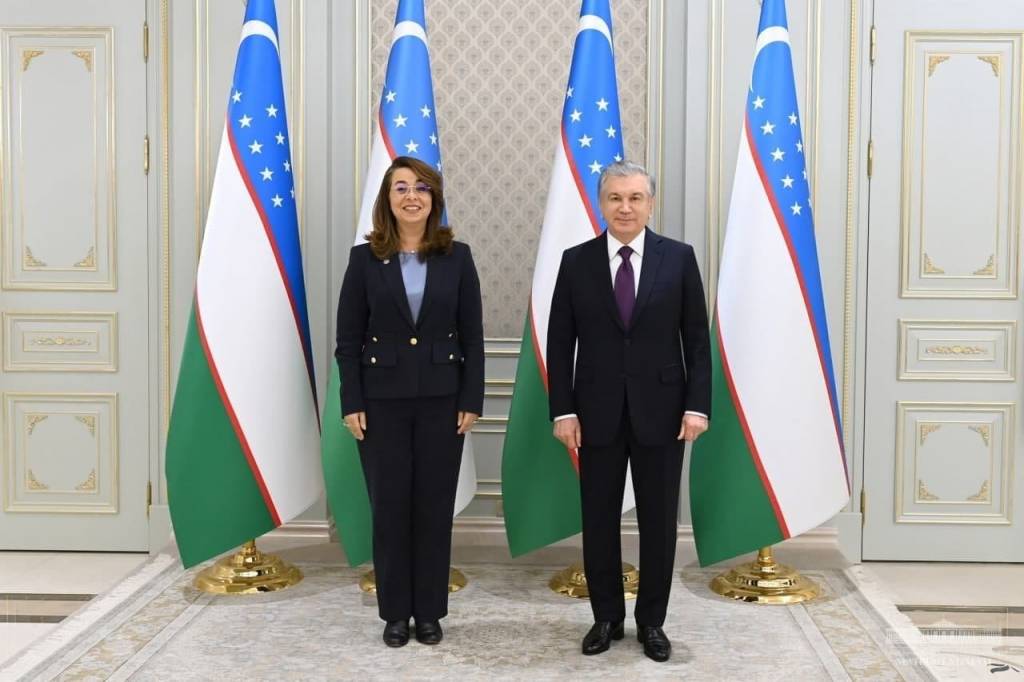 On November 24, President of the Republic of Uzbekistan Shavkat Mirziyoyev received the Under-Secretary-General of the United Nations, Executive Director of the UN Office on Drugs and Crime Ghada Waly, arriving in Uzbekistan on a working visit.

The current issues of interaction in combating modern challenges and threats to global and regional security were considered.

The achieved high level and productive nature of practical cooperation of Uzbekistan with the UNODC was noted with satisfaction.

A representative office of the Office for Central Asia has been operating in Uzbekistan since 1995. With the active participation of the office, over the past few years, projects of financial and technical assistance worth $24 million have been implemented within the framework of the current regional program.

During the visit of Ms. Ghada Waly, a new regional cooperation program has been adopted for Central Asia for 2022-2025, which provides for the joint implementation of activities and projects in five priority areas for $90 million.

Issues of further enhancing partnerships and coordinating interaction in the fight against drug trafficking, organized crime and international terrorism, the introduction of an electronic platform to combat corruption and other areas were discussed at the meeting.

The main attention was paid to the development of the situation in the region, the importance of coordinated international efforts to prevent a humanitarian crisis in Afghanistan and provide practical assistance to this country.

An agreement was reached on the preparation of a joint roadmap to strengthen the systemic and multifaceted cooperation of Uzbekistan with the UNODC.