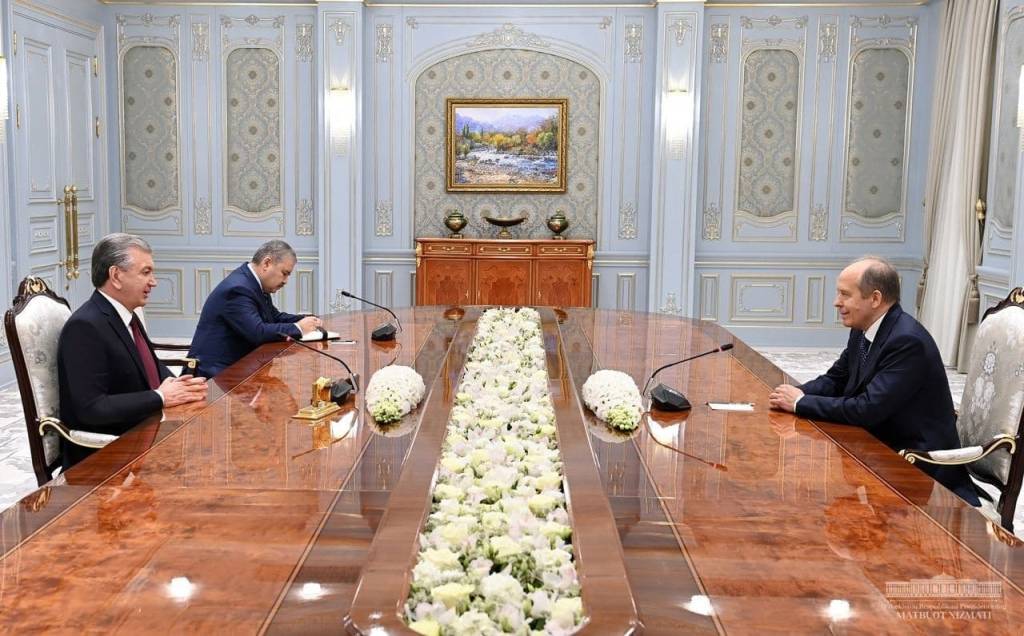 On December 1, President of the Republic of Uzbekistan Shavkat Mirziyoyev received Director of the Federal Security Service of the Russian Federation Alexander Bortnikov, who arrived in Uzbekistan on a working visit.

Current issues of further strengthening the strategic partnership and alliance between Uzbekistan and Russia were considered. The fruitful results of the bilateral summit held on November 19 this year in Moscow were highly appreciated.

The main attention was paid to maintaining regular contacts and developing practical cooperation between the competent authorities of the two countries to counter modern security threats, including the fight against terrorism, extremism, organized crime, cybercrime, drug trafficking and other challenges.