Meeting with the Ambassador of Norway 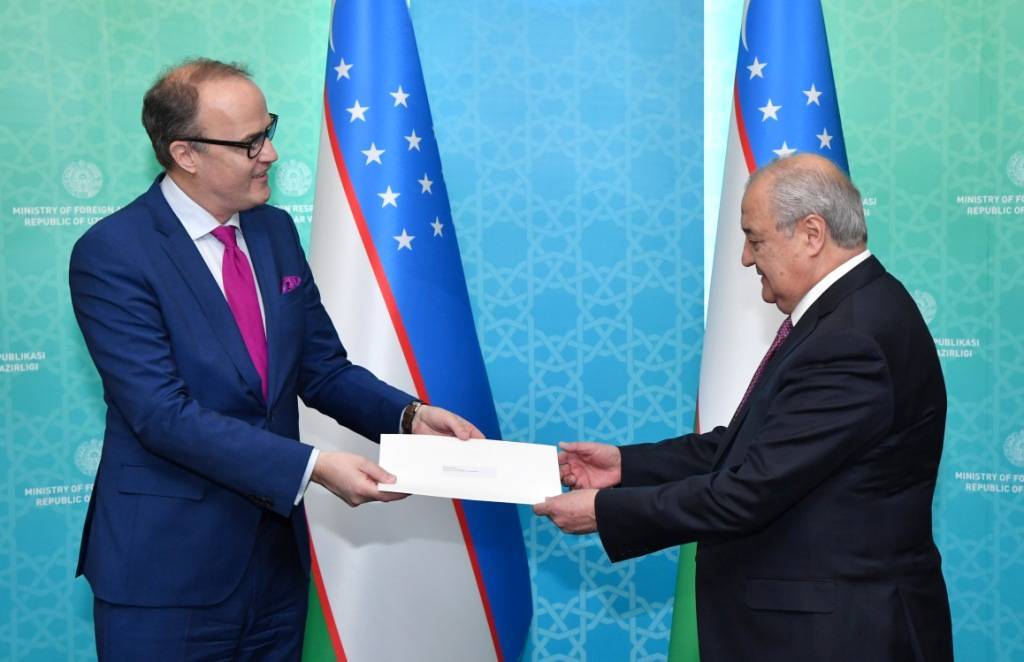 On November 24, 2021, the Minister of Foreign Affairs of the Republic of Uzbekistan Abdulaziz Kamilov received the newly appointed Ambassador Extraordinary and Plenipotentiary of the Kingdom of Norway (with residence in Oslo) to Uzbekistan John Mikal Kvistad, Uzbekistan MFA reports.

Accepting the credentials, the Minister congratulated the Ambassador on his appointment to a high responsible post and wished him successful work.

The current state and priorities of further development of relations between Uzbekistan and Norway in political, trade-economic, cultural-humanitarian and other fields, as well as interaction of the parties within the framework of international organizations, were discussed at the meeting.

The schedule of the upcoming events, in particular, the next round of inter-MFA political consultations was considered.

The parties also exchanged views on certain international and regional issues, including the situation in Afghanistan.