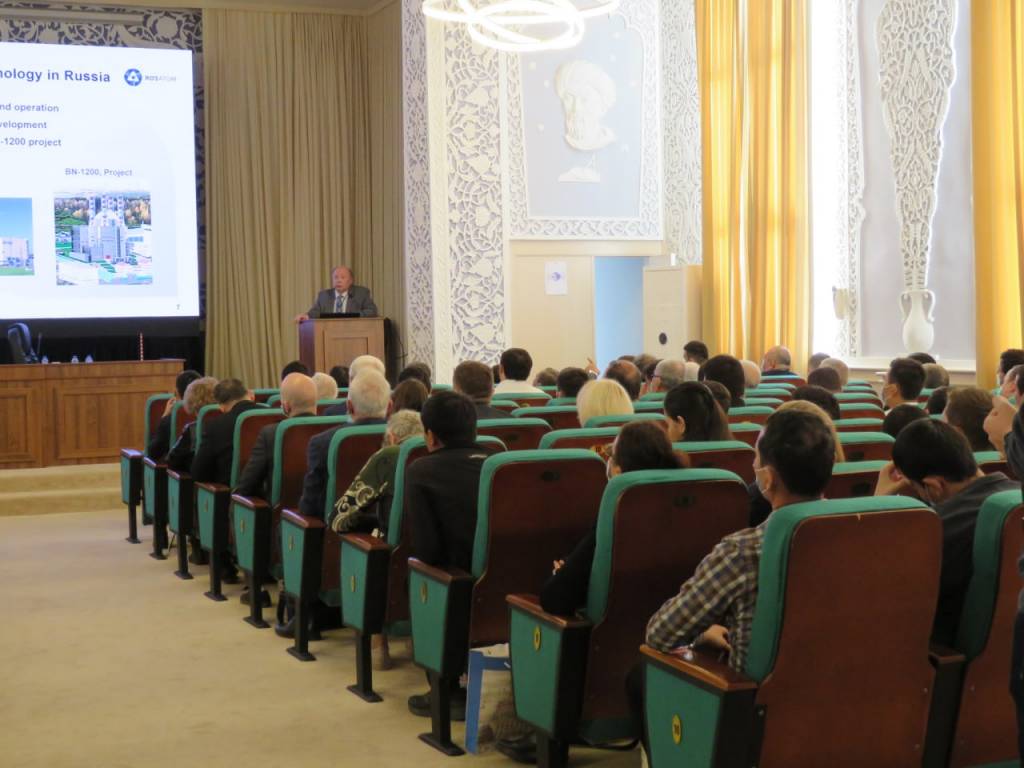 On November 23-25, the Institute of Nuclear Physics of the Academy of Sciences of the Republic of Uzbekistan is holding an international conference on “Current issues in nuclear energy and nuclear technologies”.

The event is aimed at familiarizing with current trends in fundamental and applied nuclear physics, achievements in nuclear energy and nuclear technologies, nuclear medicine, expansion and deepening of international scientific cooperation.

The conference is attended by 195 scientists from 10 countries, including Australia, Azerbaijan, Belarus, Egypt, Italy, Russia and Kazakhstan, as well as 72 scientists from research institutes and universities of Uzbekistan.

The results of researches in such areas as nuclear physics, nuclear power engineering, advanced nuclear power plants, radiation physics of condensed materials, nuclear technologies, nuclear and radiation safety, as well as issues of cooperation between scientists and specialists are considered at the event.