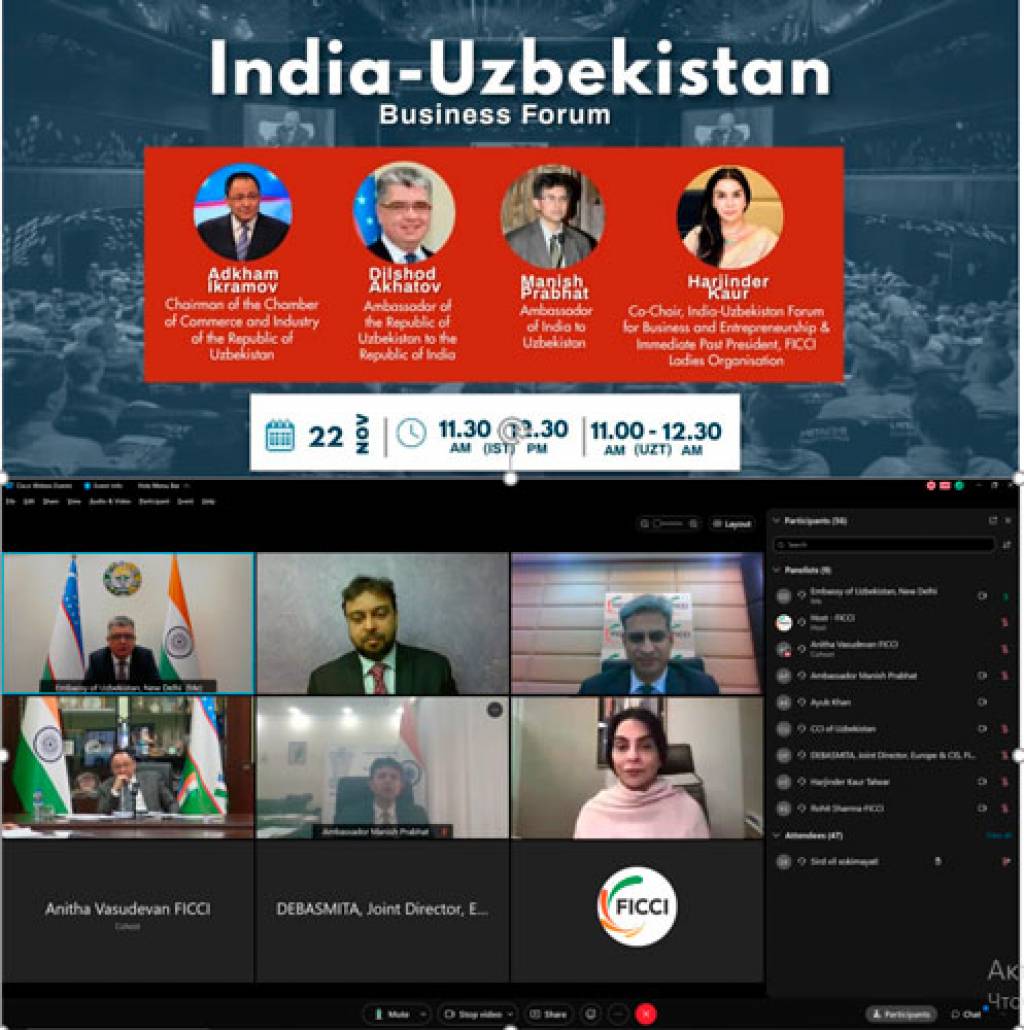 The event was attended by the leadership of Uzbekistan CCI, FICCI, ambassadors of Uzbekistan and India, as well as more than 50 businesspeople of the two countries.

CCI Chairman Adham Ikramov noted that trade, economic and social relations between the two countries are steadily developing, as evidenced by the fact that the number of companies with Indian capital in Uzbekistan has doubled over the past three years.

It was noted that the Federation of Indian Chambers of Commerce and Industry will soon organize a working visit of businesspeople to Uzbekistan to discuss issues of mutually beneficial cooperation, the implementation of promising investment projects.