Conference on the occasion of the 30th anniversary of the Constitution 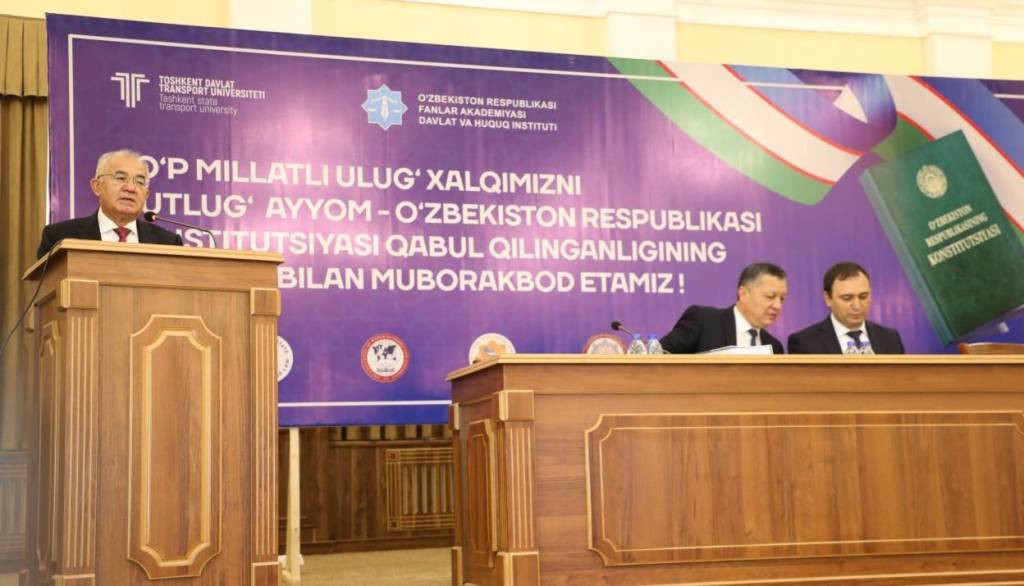 According to the National Center of the Republic of Uzbekistan for Human Rights, this event is dedicated to the 30th anniversary of the adoption of the Basic Law of the country. At the conference, the participants discussed the importance of the Constitution of the Republic of Uzbekistan in a qualitatively new development of society and the state, theoretical and practical aspects of studying the Constitution in education, problems of interaction between international law and national legislation.

Following the conference, a presentation of three volumes of the five-volume edition took place – “Constitutional reforms: the experience of the countries of the world”, “Constitutions of the member states of the Shanghai Cooperation Organization” and “World constitutions”.