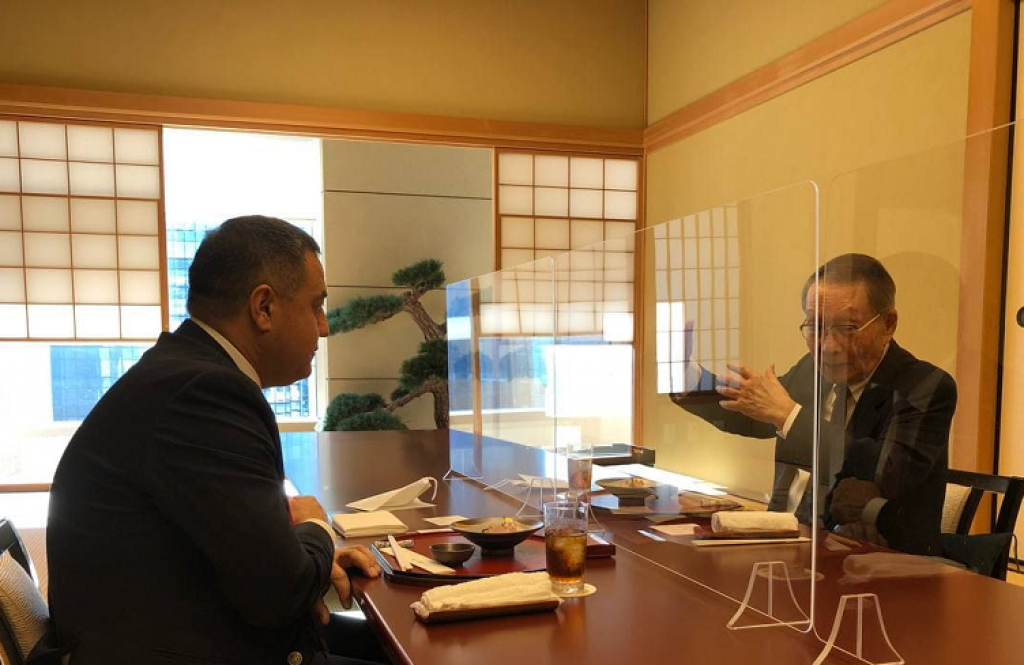 The Ambassador of Uzbekistan Mukhsinkhoja Abdurakhmonov held talks with the Chairman of the Japanese – Uzbekistan Committee for Economic Cooperation, Honorary Chairman of Mitsubishi Corporation, Mikio Sasaki.

At the meeting, Mikio Sasaki highly appreciated the results of the Presidential elections in Uzbekistan held on October 24, as well as the convincing victory of Shavkat Mirziyoyev.

Cultural and humanitarian ties between Uzbekistan and Japan, as well as developing relations between cities, in particular Tashkent and Nagoya, were considered.

The parties discussed the recent initiatives of Uzbekistan, voiced at the conference on climate change in Glasgow, about readiness to actively participate in multilateral efforts to promote pressing issues of the green agenda, reduce greenhouse gas emissions per unit of GDP by 35% until 2030 to the indicators of 2010.

The parties also considered the issue of holding the next 16th meeting of Uzbekistan – Japanese and Japanese – Uzbekistan committees for economic cooperation postponed due to restrictions associated with the pandemic.