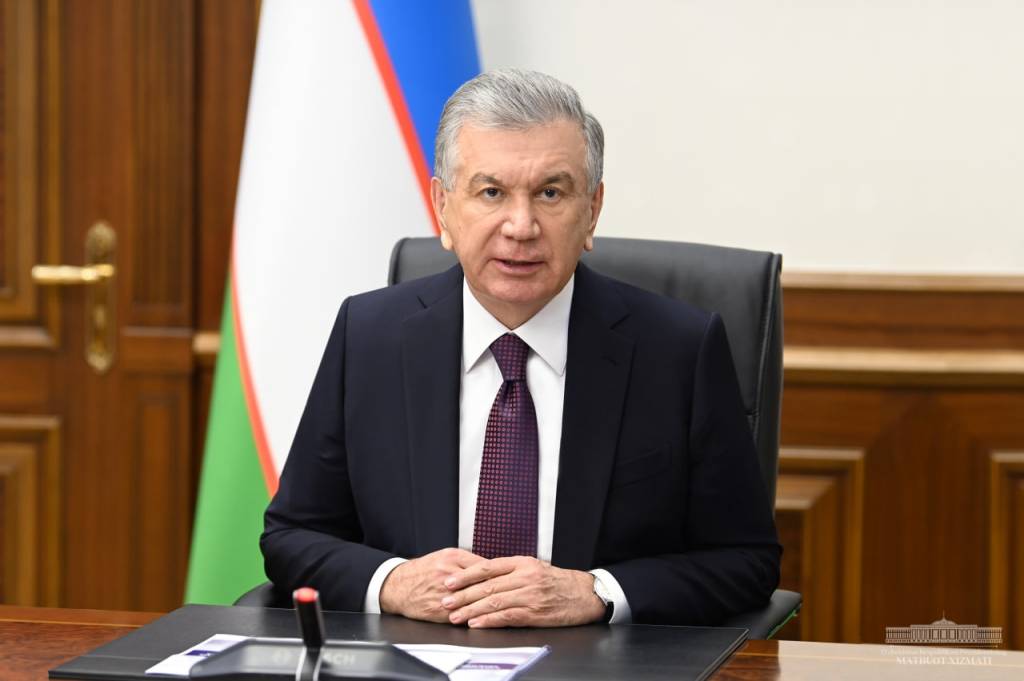 President Shavkat Mirziyoyev got acquainted with the presentation of proposals for the development of agriculture in Tashkent region.

The region has fertile soil and abundant water resources. With their effective use, it is possible to create productive orchards and vineyards, establish intensive vegetable growing, and provide employment for people.

The Resolution of the President of the Republic of Uzbekistan of September 10 this year “On additional measures to increase the income of the population by supporting the creation of dehkan farms” defines several tasks in this direction. In particular, in 2023, 9 thousand hectares of cotton and grain fields will be reduced in Tashkent region, plots of 25 acres will be allocated to the population. This will provide jobs for more than 60 thousand people.

By the order of the Head of the state, with the participation of specialists, unused opportunities in Tashkent region were studied and additional measures were developed.

Information was provided about the results. Thus, the possibility of putting 62 thousand hectares of land into circulation in the region has been calculated. They will be used primarily for sowing pasture plants, growing oilseeds, legumes and fodder crops that require little water, as well as for raising livestock.

Also, each district of Tashkent region was proposed to specialize in a certain direction, such as fruit and vegetable growing, potato growing, viticulture and others. For example, the possibility was noted for intensive cultivation of vegetables on almost 5 thousand hectares in Akhangaran, Tashkent, Zangiata, Parkent, Yangiyul, Qibray districts, the creation of gardens on 1.3 thousand hectares in Bostanlyk, Yangiyul, Akhangaran, Parkent, Buka, Bekabad, Chinaz, Akkurgan districts, laying vineyards on more than 2 thousand hectares in Parkent, Qibray and Pskent districts. In Urtachirchik, Tashkent and Bostanlyk districts, it is planned to create in vitro laboratories for growing seed potatoes.

In general, 202 projects have been formed in the agro-industrial complex. As a result of their implementation, it is planned to create more than 24 thousand jobs.

The President approved these measures and gave instructions for their implementation.