On March 16, the Turkish Airlines plane made its first flight on Istanbul – Samarkand – Istanbul route.

Khokim of Samarkand city F.Rakhimov, CEO and deputy chairman of Turkish Airlines, Bilal Eksi, Ambassador Extraordinary and Plenipotentiary of the Republic of Turkey to Uzbekistan Ahmet Bashar Shen and others noted that longstanding ties of friendship and cooperation are increasingly strengthening between the two countries. At the same time, the heads of the two states pay special attention to further development of these relations, expansion of the scale of cooperation in the field of tourism. 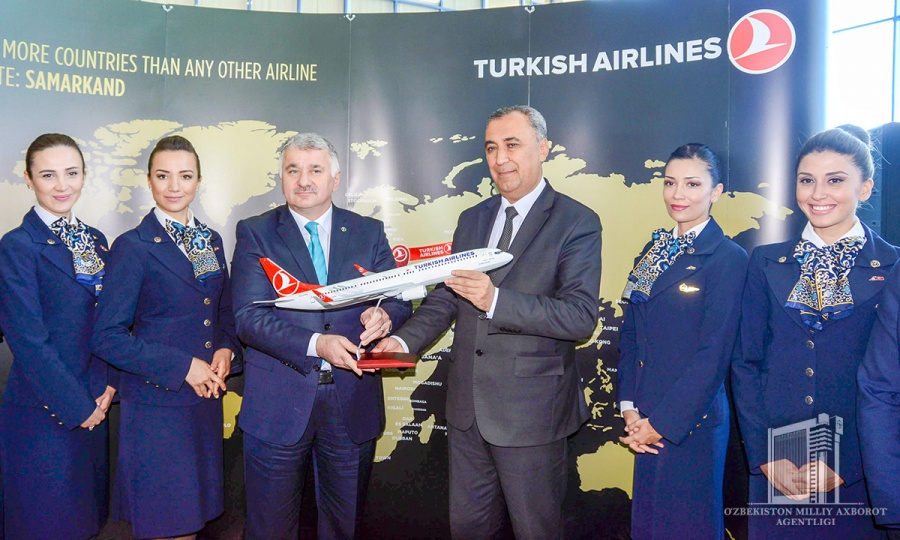 After last year's state visit of the President of the Republic of Uzbekistan Shavkat Mirziyoyev to Turkey, Uzbekistan Airways, since October 30, 2017, has established permanent flights on the route "Samarkand – Istanbul – Samarkand". Currently, every Monday and Thursday, the modern airliners "Airbus" and "Boeing" of the national airline are flying in this direction.

From now on, Turkish Airlines will also operate direct flights to Istanbul and Samarkand every Tuesday and Friday.