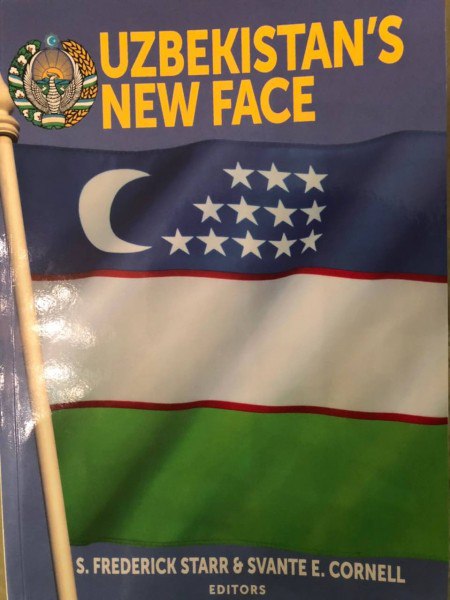 On October 4, 2018, the presentation of the book “Uzbekistan’s New Face”, published by the Central Asia-Caucasus Institute (CACI), was held at Washington National Press Club, the Embassy of Uzbekistan in the United States reports.

Opening the event, the CACI Director, co-editor of the book, Svante Cornell, gave a general description of the book’s content with an emphasis on political, economic, judicial-legal reforms in Uzbekistan in recent years and emphasized that the deep transformation of the country carried out under the leadership of President Shavkat Mirziyoyev also has a very positive effect on the situation in Central Asia.

In his speech, CACI Chairman and co-editor of the book Frederick Starr informed in detail about the main theses forwarded in the book, and expressed his admiration for unprecedented scale of reforms carried out in the country, which cover almost all areas of the government system.

The expert cited convincing examples proving the irreversibility of democratic reforms in Uzbekistan, which, in particular, is evidenced by the improvement of electoral legislation, the transfer of legislative initiatives to parliament, significantly enhancing the activities of political parties, increasing in the number of public organizations and other measures. According to Frederick Starr, no state in the world today can compare with Uzbekistan in terms of the swiftness of updates in this direction.

As it was emphasized, the book serves as a guide for business circles and investors, primarily from Western countries, and reveals in detail the economic potential of Uzbekistan and the evolving investment climate. In this context, the upcoming first visit of the U.S. Secretary of Commerce Wilbur Ross to Uzbekistan in October this year has been positively assessed.

Frederick Starr paid special attention to comprehensive scale of transformations in the country, including in the sphere of religion, capable of positioning Uzbekistan as a new model for the Muslim world. In particular, President Shavkat Mirziyoyev, pointing out the distinctive feature of traditions of moderate, open Hanafi Islam, launched the national idea of enlightened Islam. The scientist stated that education remains strictly secular, and reforms in this area require students to better understand the role of secular values and religion in secular society, while at the same time emphasizing tolerance and interfaith dialogue. This goal is also served by creation, on the personal initiative of the Head of the state, of the International Research Center named after Imam Bukhari in Samarkand and Islamic Civilizations Center in Tashkent.

According to the Ministry of Foreign Affairs of the Republic of Uzbekistan, at the presentation, representatives of the U.S. official, expert and analytical circles, the diplomatic corps and the mass media were also informed that “Uzbekistan’s New Face” will be presented on Amazon electronic trading platform from October 10.