On November 28, President of Turkmenistan Gurbanguly Berdimuhamedov was awarded the title of Honorary Academician of the Academy of Sciences of the Republic of Uzbekistan.

The decision of the Presidium of the Academy of Sciences of the country was made taking into account the fact that the President of Turkmenistan is a recognized scientist with great authority in international scientific circles, the author of a number of encyclopedic scientific works based on deep innovative research and devoted to the development of modern healthcare, pharmacology, economics, architecture and other branches of knowledge, as well as studying the rich nature of Central Asia.

In his speech, the President of the Republic of Uzbekistan Shavkat Mirziyoyev emphasized that the decision of the Presidium of the Academy of Sciences of the country is a tribute to the immense respect and recognition of the invaluable merits of the Head of Turkmenistan in development of various branches of science and in strengthening friendship and mutual understanding between the fraternal Uzbekistan and Turkmenistan people.

Numerous scientific works of the President of Turkmenistan, based on the spiritual wisdom of ancestors and fundamental scientific research, have become a worthy contribution to the development of modern science, culture and art. 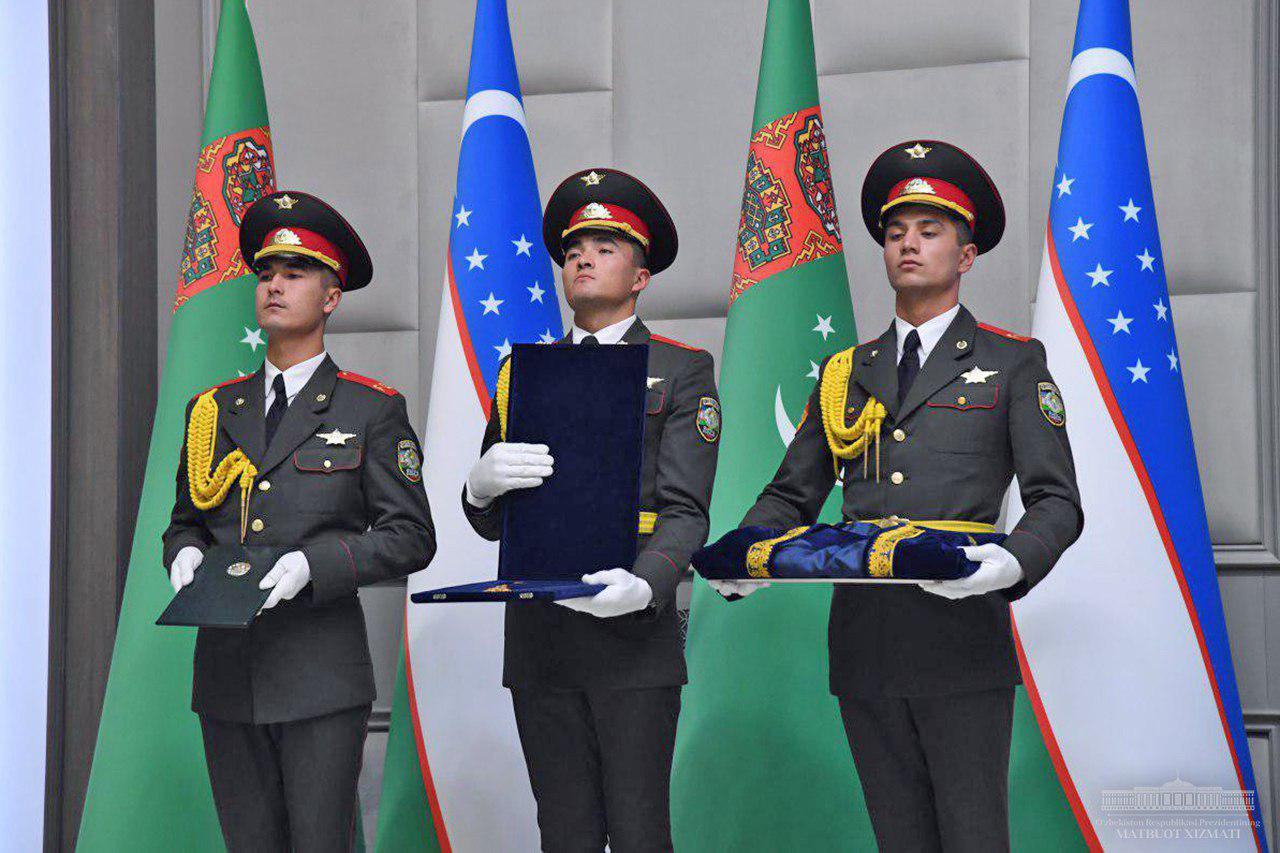 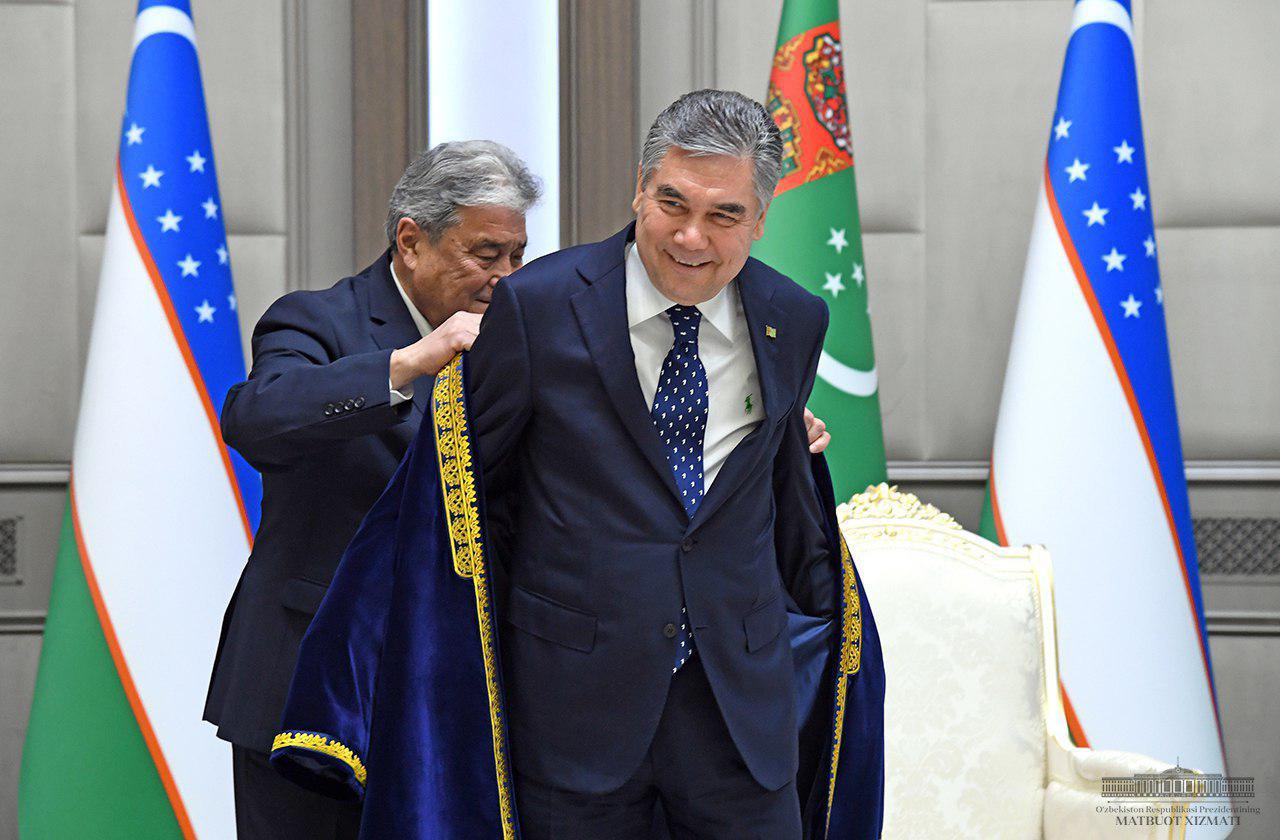 The President of Uzbekistan noted that recent years, without exaggeration, have been breakthroughs in the centuries-old history of Uzbekistan – Turkmenistan relations, which today are deepening on the basis of the Strategic Partnership Agreement. This is confirmed by a significant increase in mutual trade, growing industrial and interregional cooperation, and intensification of cultural and humanitarian ties. A good example of the growing ties of friendship became the creation of the beautiful Ashgabat Park in Tashkent, naming one of the central streets of Tashkent after the great Turkmen poet and thinker Makhdumqoli Faraghi, as well as the creation of Uzbekistan – Turkmenistan tourism complex Ulli Khovli in Khorezm.

In turn, the President of Turkmenistan Gurbanguly Berdimuhamedov expressed great gratitude to President Shavkat Mirziyoyev and the Academy of Sciences of Uzbekistan for conferring a high honorary title, which is a sign of respect for Turkmenistan, recognition of the country’s achievements in science and education, evidence of friendship and strong ties between the people of the two countries. The Head of Turkmenistan emphasized that mutually beneficial cooperation between the two countries, connected by centuries-old historical and cultural ties, meets both mutual interests and the goals of wellbeing of the entire region.

Gurbanguly Berdimuhamedov praised the personal role of President Shavkat Mirziyoyev in strengthening multifaceted partnership, giving it a new incentive. It was emphasized that regular and productive meetings with the leader of Uzbekistan always take place in a friendly and trusting atmosphere, and contribute to the achievement of specific agreements.

All this confirms the continued commitment of Turkmenistan and Uzbekistan to further strengthening a constructive interstate political dialogue, building up mutually beneficial trade-economic partnership and deepening cultural-humanitarian contacts. 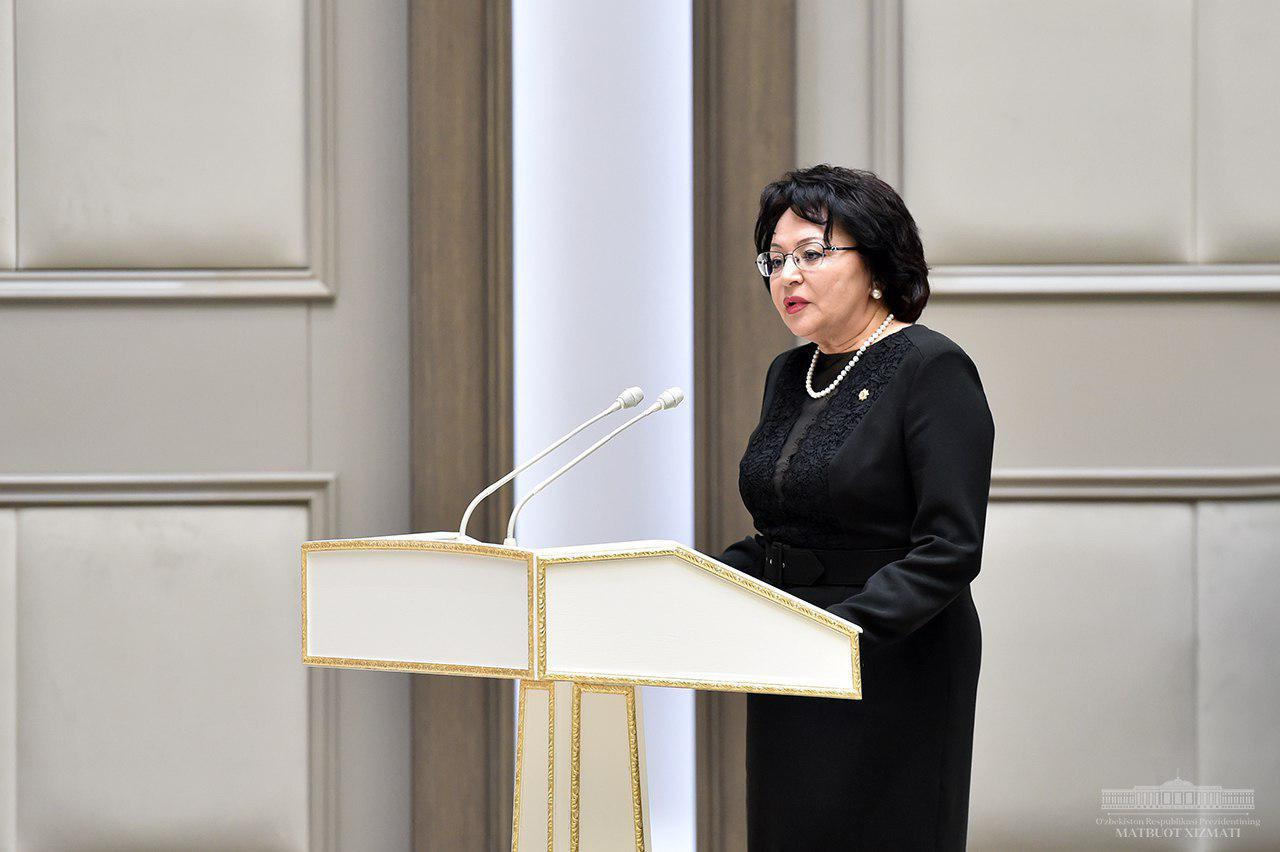 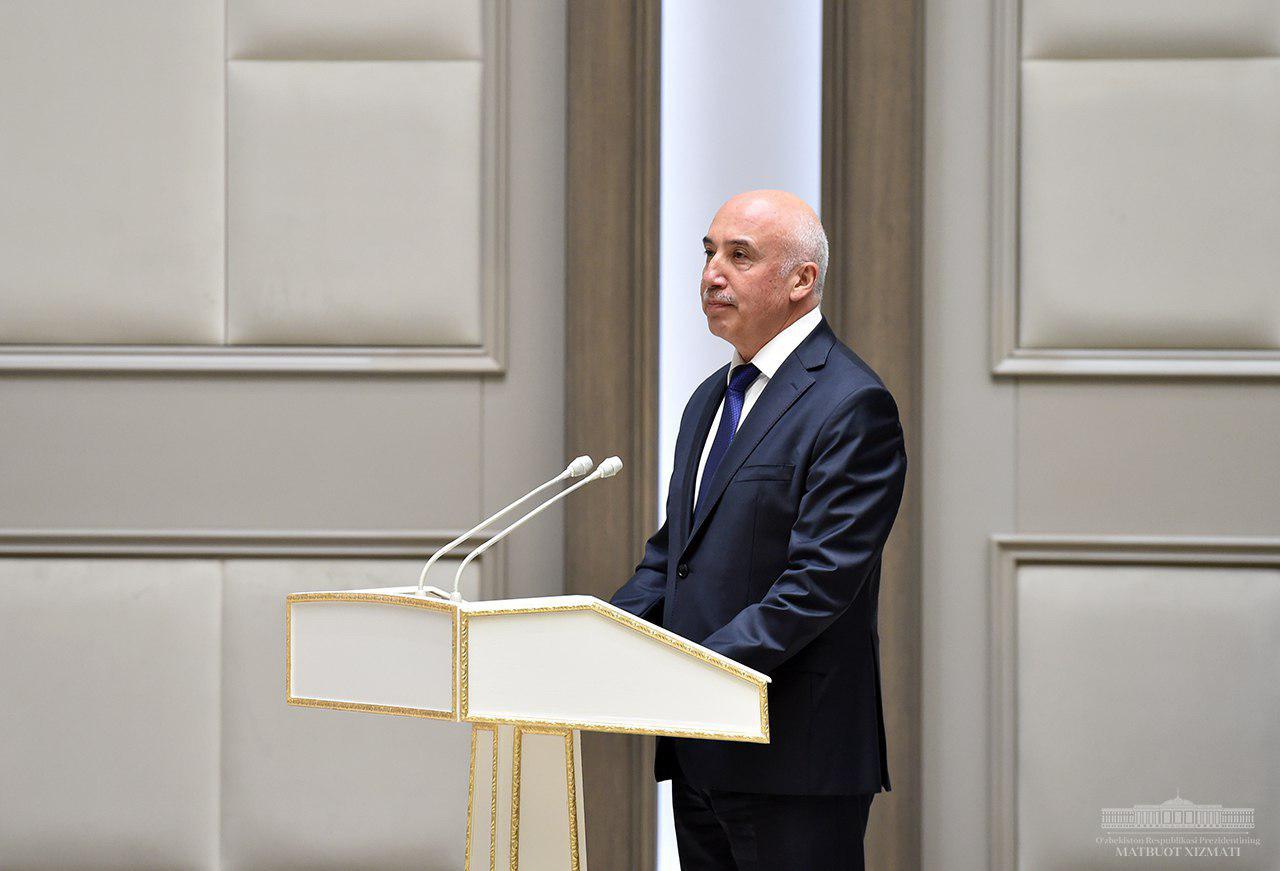 Representatives of science and culture, the Turkmen diaspora of Uzbekistan sincerely congratulated the President of Turkmenistan on the assignment of a high title. 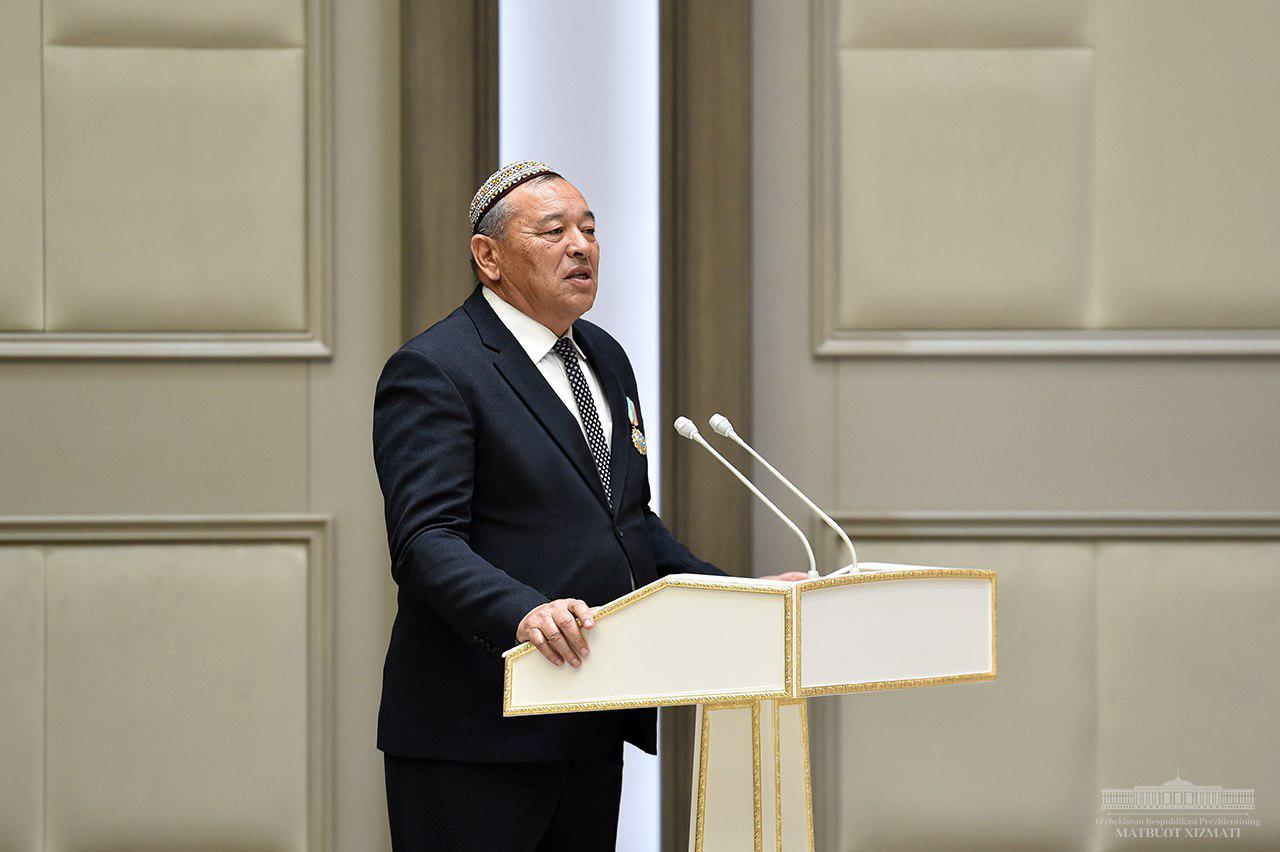 The ceremony was attended by members of official delegations, representatives of the academic community and public of the two countries. 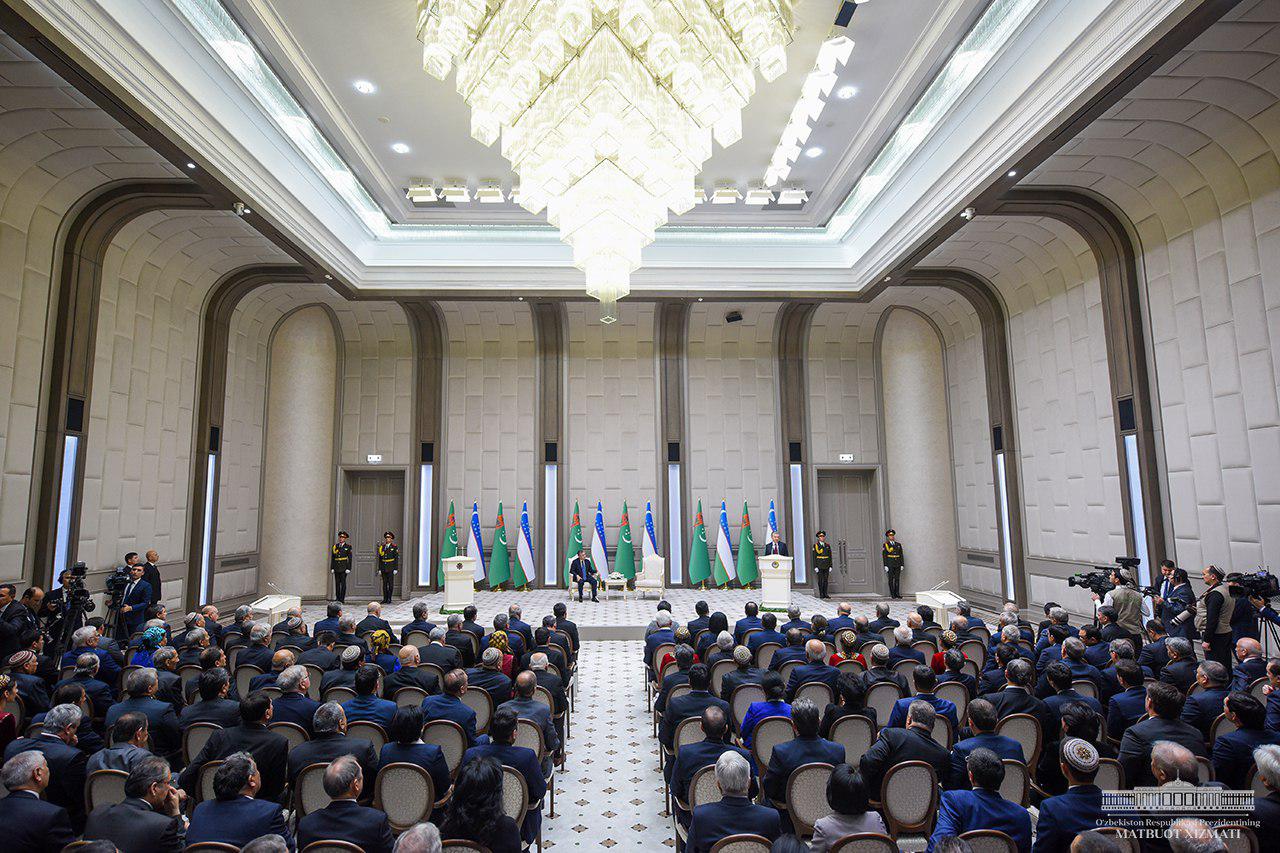