President of the Republic of Uzbekistan Shavkat Mirziyoyev has received Li Keqiang, Premier of the State Council of the People’s Republic of China, who arrived in Tashkent to attend the meeting of the SCO Council of Heads of Government.

In turn, Li Keqiang expressed sincere gratitude to the President of Uzbekistan for the warm hospitality and conveyed greetings and best wishes of the PRC President Xi Jinping.

It was noted that fruitful negotiations between the leaders of the two countries have created a solid foundation for expanding the constructive political dialogue and deepening the multifaceted practical cooperation in all areas. 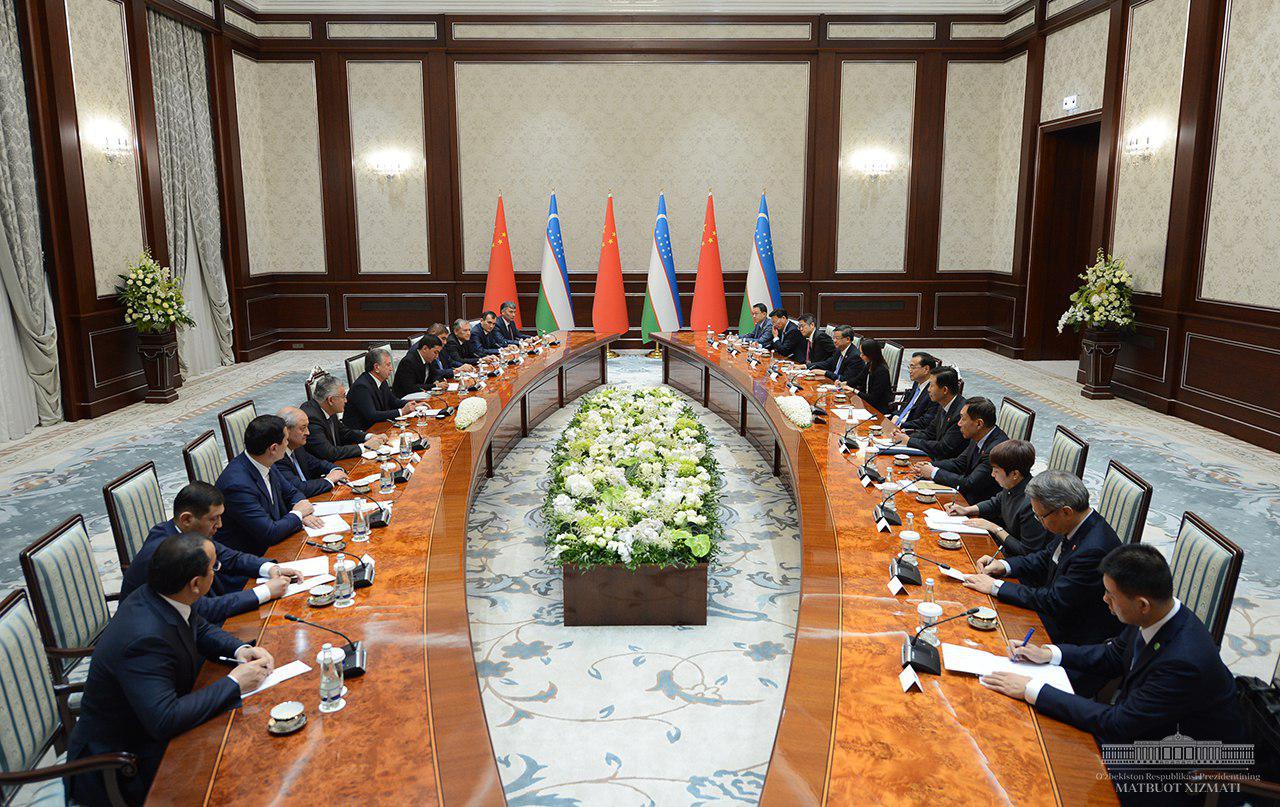 The need was stressed for the implementation of the agreements reached and the documents signed at the highest level, for the dynamic growth of bilateral trade, for the joint promotion of priority projects in such areas as infrastructure development, energy, industry, agriculture, transport, information and telecommunication technologies and in other areas.

Particular attention was also paid to the consolidation of cultural and humanitarian ties, especially in science, education, innovation and tourism.

The meeting served to discuss issues of enhancing cooperation within the Shanghai Cooperation Organization. The parties noted in particular the significance of the realization of major projects that are of interest to all member states of the organization, especially those in the economy, investments and transport communications.

Shavkat Mirziyoyev and Li Keqiang exchanged views on the issues of the international and regional agenda.

Premier of the PRC State Council confirmed the willingness of the Chinese side to fully promote the further development and enhancement of bilateral multifaceted partnership in the interests of the two states and peoples.