On September 30, Shavkat Mirziyoyev and his spouse visited Taj Mahal complex in Agra.

Taj Mahal, one of the 7 Wonders of the World, was built between 1632 and 1653 at the behest of Shah Jahan. The construction, which is the heritage of the Baburid dynasty, testifies to the common history of Uzbek and Indian people, a solid foundation for close bilateral relations.

As it is known, majestic mausoleums, palaces, fortresses and cities were built in India by Zahiriddin Muhammad Babur and his descendants, trade, science, culture and architecture flourished under their patronage. Taj Mahal is an ivory-white marble mausoleum on the south bank of Yamuna river in the Indian city of Agra. 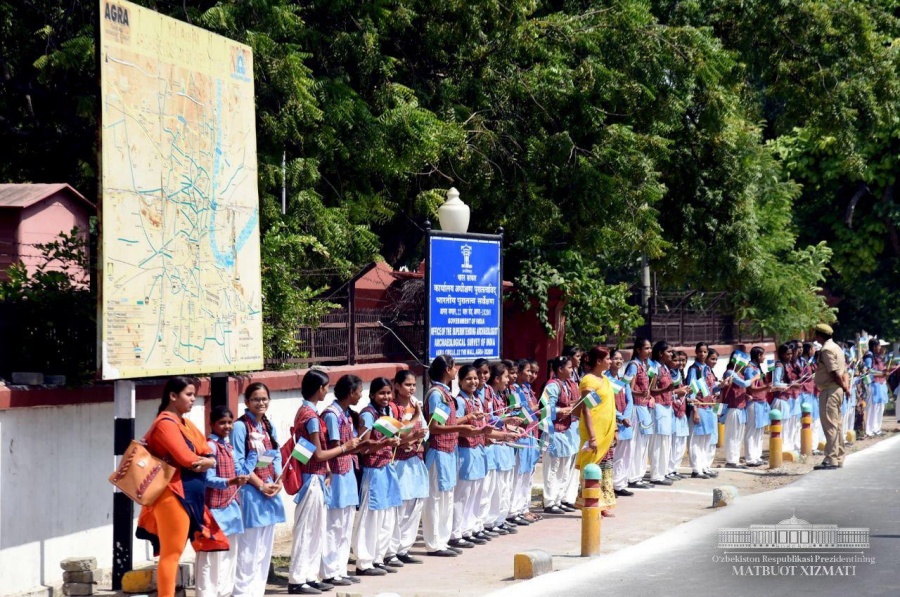 The complex represents the finest architectural and artistic achievement through perfect harmony and excellent craftsmanship in a whole range of Indo-Islamic architecture. The world-famous architectural monument is visited annually by almost 5 million visitors, making it the most visited monument in India. The Taj Mahal was designated as a UNESCO World Heritage Site in 1983. 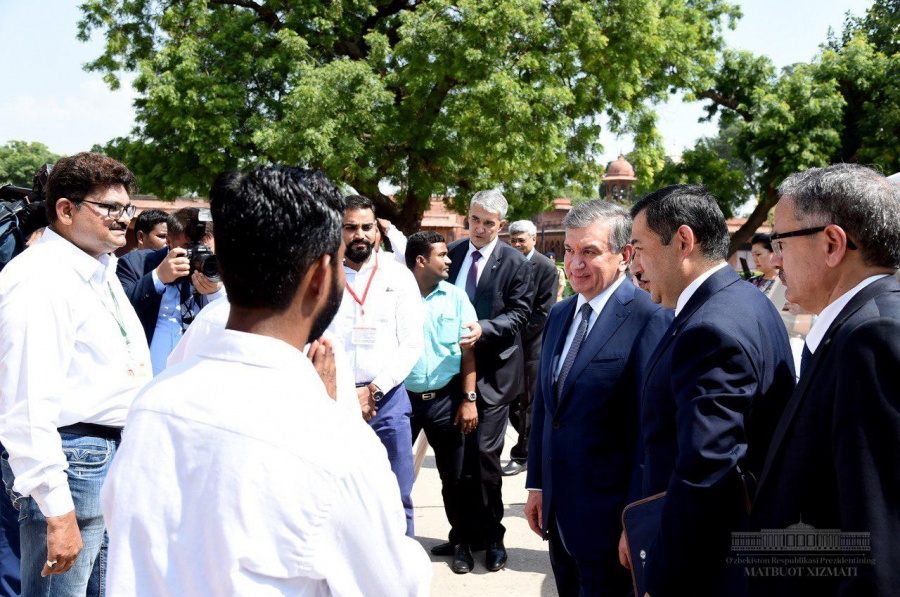 Surahs from the Quran were read during the visit to the mausoleum.

In conversation with officials of India, President Shavkat Mirziyoyev noted that Uzbekistan also has many historical monuments and shrines, it is necessary to expand the tourist exchange between the two countries.

Shavkat Mirziyoyev left a note in the Book of honored guests of the complex.

The Head of the state departed for New Delhi.