On January 12, the Legislative Chamber of Uzbekistan’s Oliy Majlis held its first meeting in Tashkent. In line with the law, it was opened by the Chairman of the Central Election Commission Mirza-Ulugbek Abdusalomov.

President of the Republic of Uzbekistan Islam Karimov attended the session and addressed the newly elected members of the lower house of the parliament.

The head of our state said that the achievements and heights reached by Uzbekistan, first of all thanks to the tireless and selfless labor and efforts of our people, are currently acknowledged both by our friends and opponents, while the outcomes of the reforms we have embarked on have been receiving a well-deserved appraisal of the world community. 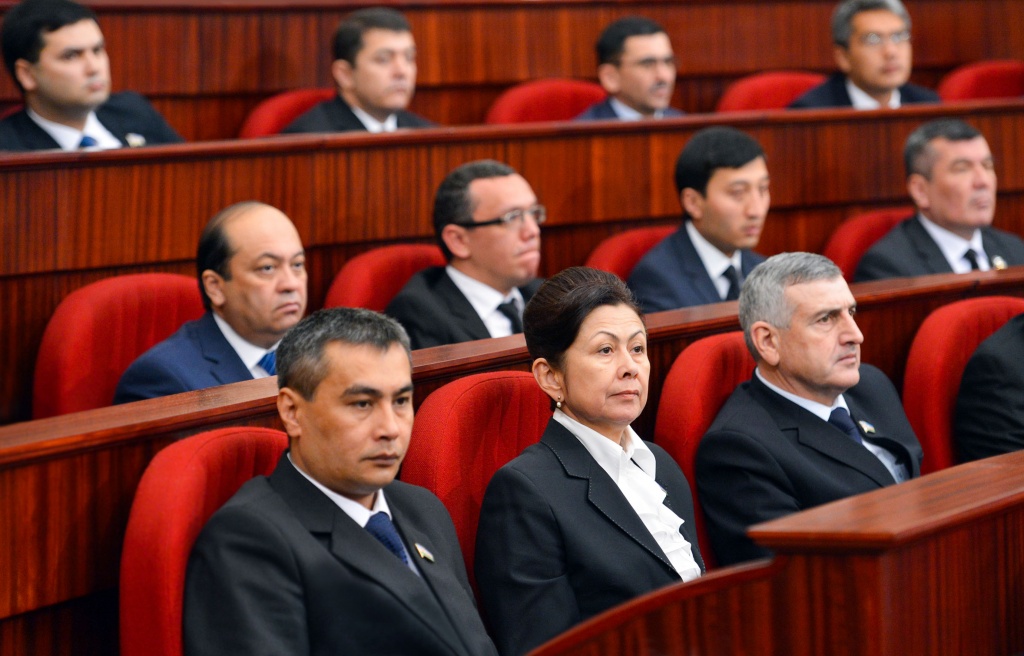 Within a historically brief span of time, namely, starting from the 1990s, when we rejected a variety of unacceptable economic models amid the extremely intricate circumstances – not yielding to pressure from outside – and opted for a distinctly correct, that is, an evolutionary and gradual path of development, we have made considerable accomplishments in many ways owing to the fact that we followed the principle that urges to “measure thrice and cut once” (in Uzbek it says “Measure seven times and cut once”). Put in other words, we did not give ourselves up to excess emotions and self-laudation, and pursued instead a visionary, well-thought-out policies, whose effects are confirmed time and again by the life itself.

As Islam Karimov pointed out, by making that very choice, a proper choice, we have passed a tremendous path equal, if you like, to centuries in what concerns the consolidation of independence, comprehensive advancement of our Motherland, attainment of a worthwhile place in the ranks of developed democratic nations, creation of first-rate living conditions for our people and the posterity, as well as the further elevation of Uzbekistan’s standing in the international arena.

It stands to be stressed that by today we have overcome only a small section of the long and thorny course of building a democratic country ruled by law and a free civil society. Its major part is well ahead. In other words, this path has not reduced the challenges awaiting their solution, but, on the contrary, their scales and scopes have been expanding in accordance with the requirements of the times. 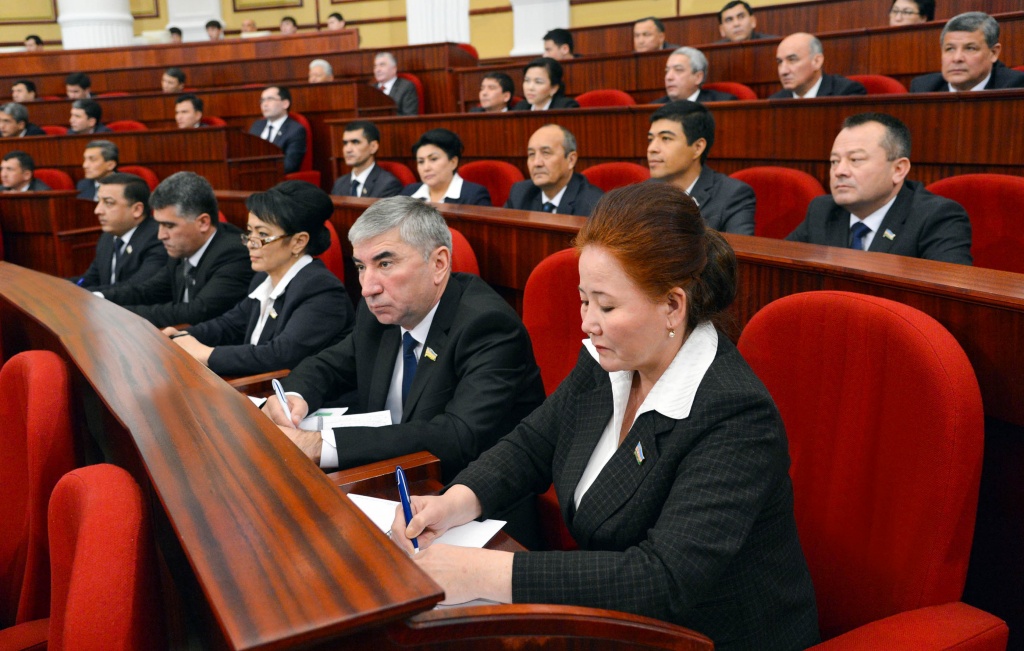 In this sense, the globally recognized Uzbek Model of Development and the Concept of Intensification of Democratic Reforms and Formation of Civil Society in the Country, elaborated with an eye to the demands and criteria of our life and consistently implemented and that proved sound, do indisputably serve for us as a development strategy for mid-term and long-term prospects.

I believe there is no necessity of talking much about how enormous a menace the alarming events and phenomena taking place today in various countries throughout the world are posing for the peace and stability, in particular the challenges and threats intensifying around us, in our region, the political and economic confrontation, terrorism, radicalism and drug trafficking, the head of our state stressed.

In this ever worsening situation we should be even more vigilant and attentive, and realize deeply who wishes good to us and who nurtures evil intentions, how grave requirements and challenges we face today.

It is impossible not to see today, President Karimov stated, not to understand and not to acknowledge that the cardinal transformation in the mindset and consciousness of our fellow country men and women, in their world outlook and attitude to life, the rising political and law culture, the active civic stance all constitute a robust foundation of all the successes and heights we have reached and those to be done so in the future. 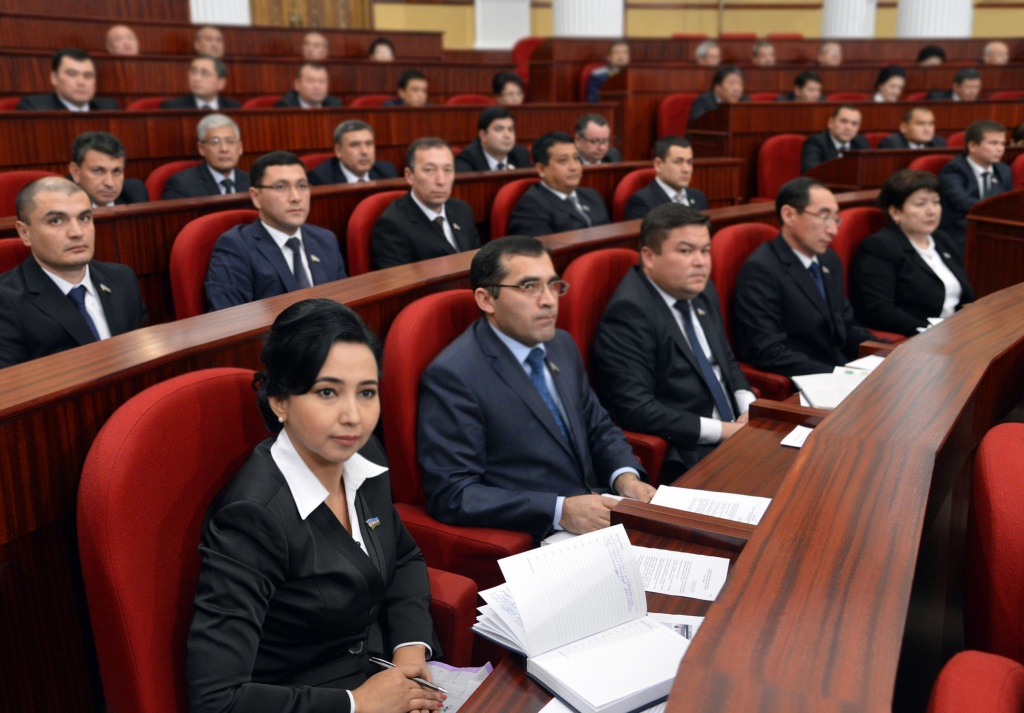 I am convinced that you all will agree with me that no force can make our nation turn from its path, a nation that has endured a lot, a people hardened by trials and tests of time, a people who lives and breathes today the air of freedom and independence, with a sense of honor and dignity, of national self-consciousness, by realizing deeply what great ancestors it is heir to, a nation who wields a well-deserved place in the world, who is confident in its strength and prospects, President Islam Karimov stressed.

The chairman of the Central Election Commission spoke about the outcomes of the elections to the Legislative Chamber.

As it was pointed out in particular, the recent parliamentary elections in Uzbekistan were held in qualitatively new socio-political and economic circumstances, on the basis of democratic principles of openness, publicity and transparency, in full compliance with requirements of legislation, with universally recognized international norms and standards.

During the electoral round, equal conditions were created for political parties to campaign and reach out to wider strata of the population with their electoral platforms through the mass media. The most extensive opportunities and conditions were created in accordance with the law for the country’s citizens to express their will freely. Hundreds of international and local observers monitored the preparations for and conduct of elections. 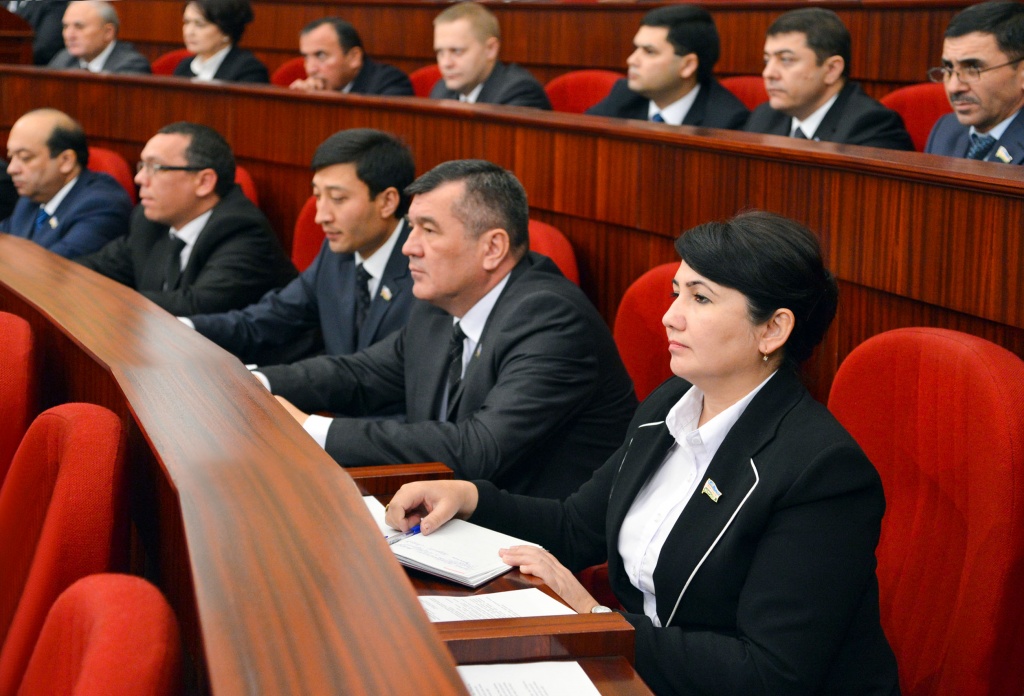 In general, the elections displayed brightly the increased activeness of the electorate and its political and law maturity. The vote became a mirror of cohesion of the people of Uzbekistan on the way of building a democratic state ruled by law and a sound civil society, enhancing the economic reforms directed at uplifting the wellbeing of the population and the prosperity of the native land.

At the first session of the lower house of the parliament, members of the Legislative Chamber adopted decisions on the registration of groups of political parties and that of the Environmental Movement.

Then, as the Council of Doyens proposed, the lawmakers elected Nuriddinjon Ismailov as Speaker of the Legislative Chamber of the Oliy Majlis of the Republic of Uzbekistan.

Under the Law on Regulations of the Legislative Chamber of the Oliy Majlis of the Republic of Uzbekistan, posts of chairpersons of committees are determined with an eye to the party and group affiliation of lawmakers and the number of votes received during the elections. Proposals on nominations for the posts of chairpersons are introduced by heads of parliamentary associations on the basis of mutual consultations. In this regard, members of the Legislative Chamber adopted a package decision on the approval of a list of committees of the lower house and the distribution of the posts of committee chairpersons among the parliamentary groups of political parties and the Environmental Movement.

Legislators also elected chairpersons of committees of the lower house of the parliament.

On all the issues considered, the Legislative Chamber of the Oliy Majlis passed corresponding resolutions.