In order to reduce the burden on the budget and attract the private sector to major projects, a Public-Private Partnership Agency was created in 2018, a law and more than 10 resolutions were adopted.

Despite this, only 9 major public-private partnership projects have been signed to date in energy, healthcare and public utilities. This is a very low figure, noted the Head of the state.

It was instructed to introduce public-private partnership in the sale of electricity and natural gas to consumers. It was noted that this is the only way to reduce costs and losses, ensuring competition between manufacturers and suppliers.

President Shavkat Mirziyoyev set a task to speed up 14 PPP projects in healthcare worth $270 million. 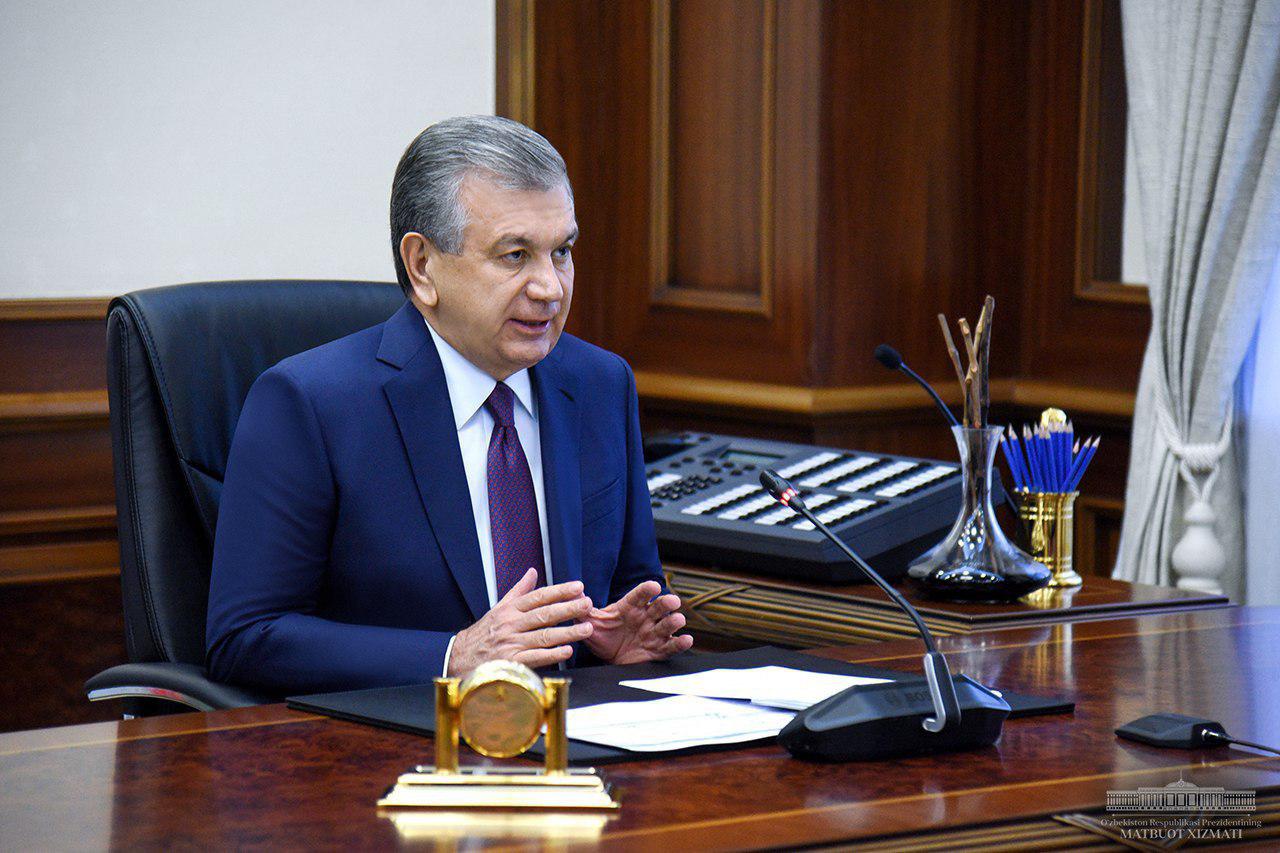 It was instructed to complete tenders for creation of hemodialysis centers in Karakalpakstan, Khorezm and Tashkent within two months. This will provide access to this type of assistance to 1,100 citizens per year, as well as ease the burden on the budget, from which 100 billion UZS will be allocated annually for hemodialysis.

Every year, more than 20,000 cancer patients are registered in the country. Responsible persons were instructed to create two radiotherapy centers based on public-private partnership by the end of this year. Project documentation will also be developed for creation of a multidisciplinary clinic for 1 thousand beds in Nurafshan on the principle of “construction-management – delivery”.

During the review of PPPs in transport and logistics, an absolutely unsatisfactory level of work in this direction was noted.

It was noted that further development of the sphere will require $27 billion.

For example, today the road from Tashkent to Andijan through Kamchik pass takes 5-6 hours, and 22 thousand cars pass through it. In the next 5 years, this figure will reach 40 thousand. With the launch of Tashkent – Andijan toll road, the distance will be reduced to 3 hours, and the capacity will increase by 70 percent.

In this regard, the Head of the state emphasized the importance of developing project documentation and announcing a tender for construction of a new tunnel through Kamchik pass. 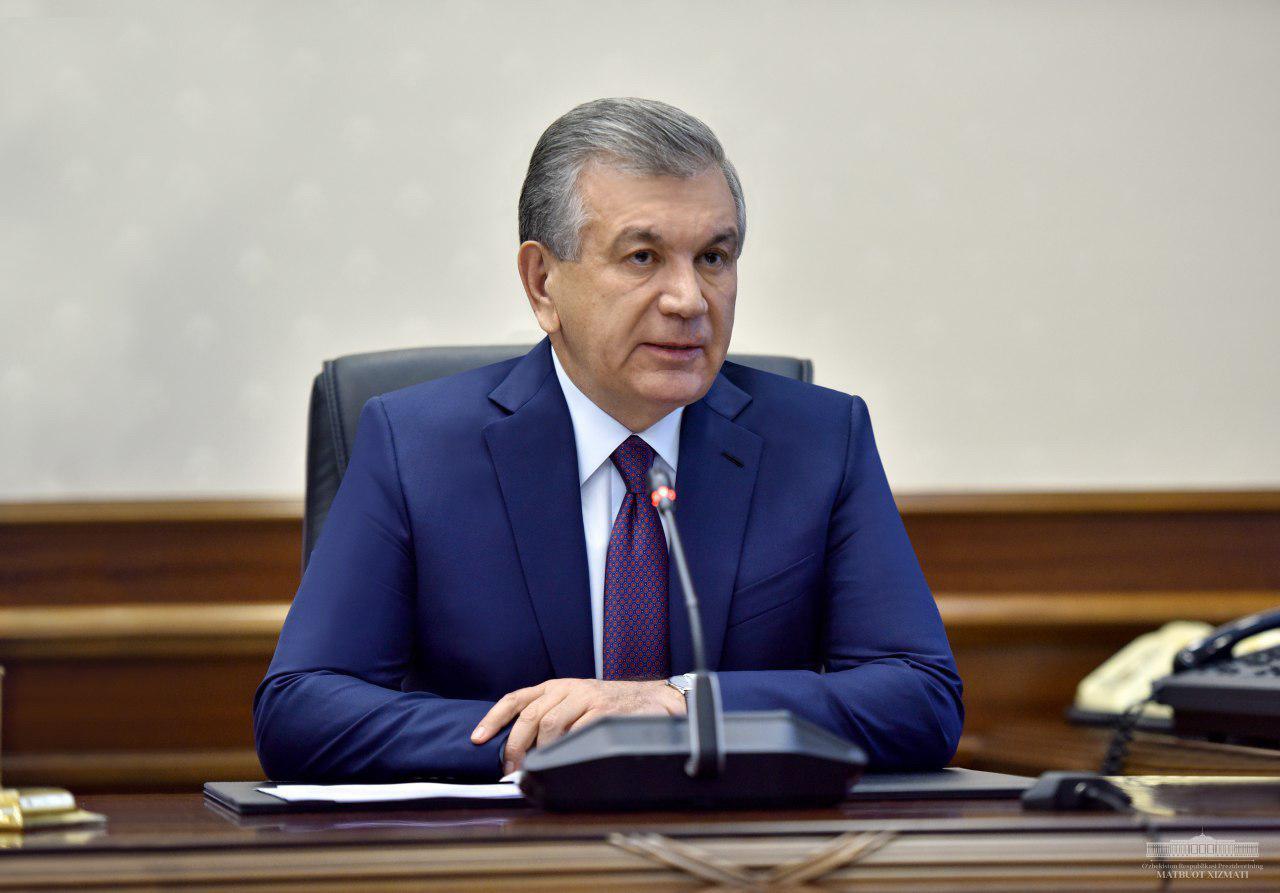 According to international experts’ analysis, the modernization of existing airports in Uzbekistan will require an average of $800 million. In this regard, it was instructed to develop together with the World Bank a technical task for transfer to management of airports in Tashkent, Bukhara, Fergana and Urgench of package principle (when unprofitable airports are transferred together with profitable ones).

Projects in public utilities have also been thoroughly reviewed. It was indicated that the industry does not has any changes at all, and the work is progressing slowly.

Currently, the task is to build and modernize sewerage system in 31 large and medium-sized cities, 156 district centers. The availability of sewage is 45 percent in Karshi, 37 percent in Andijan, 30 percent in Nukus and 10 percent in Namangan.

Only 18 large and medium-sized cities have attracted funds from international financial organizations in the amount of $912 million. It is planned that all sewer construction projects will require $2.6 billion. Public-private partnership in urban sanitation will help to ease the burden of budget and improve the quality of service.

In addition, it was instructed to work out a PPP model in heat supply on the example of the cities of Bukhara, Namangan and Nukus.

Deputy Prime Ministers Jamshid Kuchkarov and Sardor Umurzakov were instructed to discuss the implementation of all public-private partnership projects on a quarterly basis and determine the necessary measures.

Following the presentation, which was held in a critical spirit, responsible persons were given specific instructions on how to organize the work.

It was stressed that issues related to public-private partnership will continue to be under personal control of President.

It was determined that in the near future responsible persons will report to the Head of the state on the results of work carried out in this direction. 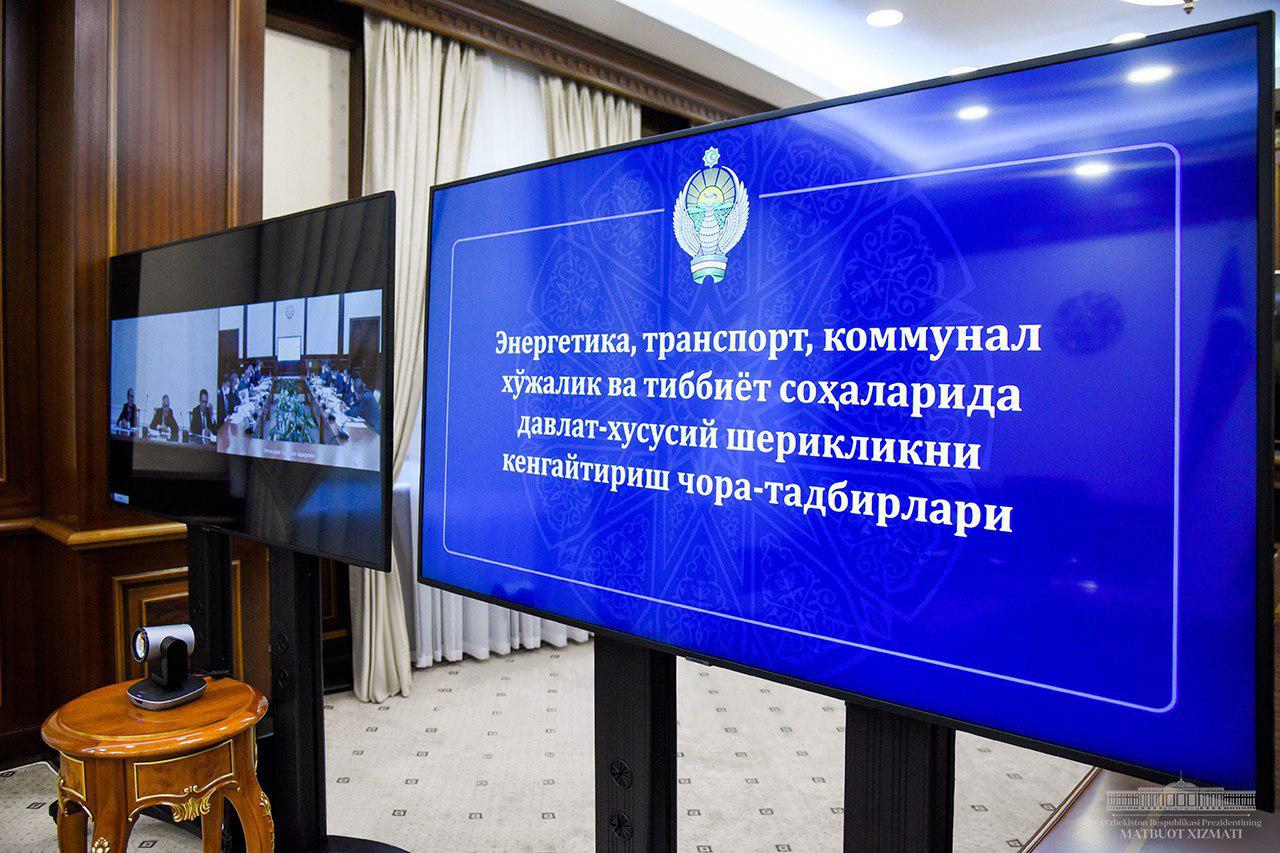