This theme was the key focus of attention of participants of the international conference that was held on August 11, 2017 in Tashkent.

The forum was organized by the Ministry of Foreign Affairs of the Republic of Uzbekistan, the Information and Analytical Center for International Relations, the UNDP Representative Office and the Office of the OSCE Project Co-ordinator in Tashkent.

Opening the forum, the Minister of Foreign Affairs of Uzbekistan A. Kamilov emphasized that the definition by the head of our state Shavkat Mirziyoyev of Central Asia as the main foreign policy priority is not just a declaration, but a conscious choice, a natural and sincere aspiration of Uzbekistan to establishment of good-neighborly, friendly, mutually beneficial relations with the closest neighbors.

Uzbekistan, having a common border with all the states of Central Asia, is objectively interested in turning the region into a zone of stability, sustainable development and good-neighborliness. Addressing all vital issues of the country’s development – from border security to equitable distribution of water resources are inextricably linked with the region. Economically prosperous, secure Central Asia is an absolute imperative for Uzbekistan. Any major regional projects in the spheres of transport, communication and energy cannot be realized without active interaction with the countries of the region, without ensuring a high level of their integration.

Moreover, Central Asia is not only a geographical and geopolitical, but also a single cultural and civilizational region. People living in the region unite common spiritual values, a single historical past, similar national traditions and customs, centuries-old mentality. This community creates a strong and reliable foundation for regional cooperation. 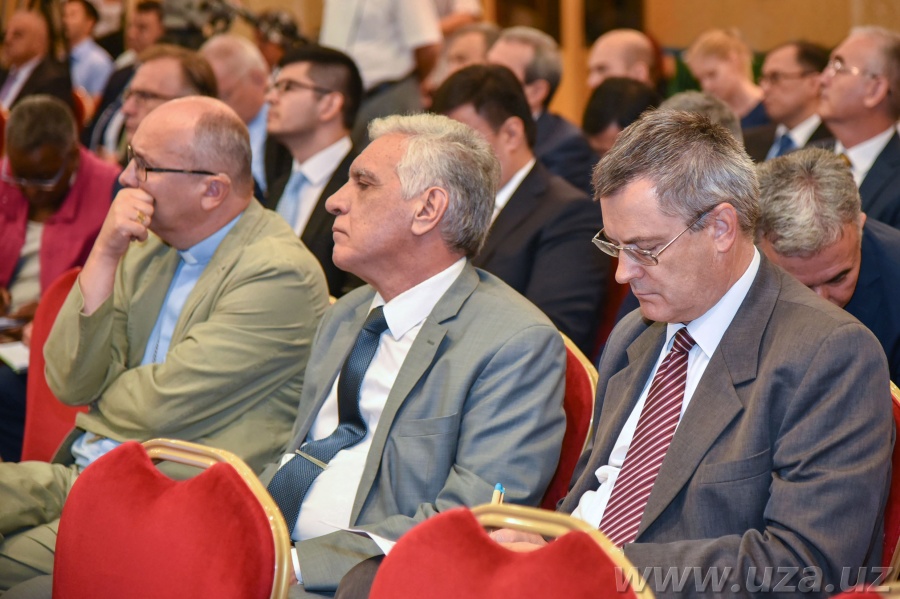 The head of the UN Regional Center for Preventive Diplomacy for Central Asia (UNRCCA) Petko Draganov, in his speech at the conference, confirmed that all the forwarded initiatives of the leadership of Uzbekistan aimed at bringing all the countries of Central Asia closer for common development and progress are fully conformable to the fundamental purposes and goals of the UN. In this regard, Uzbekistan can count on comprehensive assistance of its proposals from UNRCCA. The visit of the UN Secretary-General António Guterres to Central Asia in June became evident confirmation of support by the organization of cooperation in the region.

UN Resident Coordinator/UNDP Resident Representative in Uzbekistan Helena Fraser noted that the Action Strategy for 2017-2021 adopted in Uzbekistan and the foreign policy on strengthening ties with neighboring countries implemented on its basis is the guarantee of future prosperity and stable development of not only Uzbekistan, but also of all the Central Asia. In this regard, the United Nations fully supports the efforts of Uzbekistan towards strengthening regional cooperation.

The conference was also attended by authoritative experts and diplomats from all countries of Central Asia – Kazakhstan, Kyrgyzstan, Tajikistan and Turkmenistan. Ambassadors of neighboring states to Uzbekistan also took part in the discussion.

During the exchange of views with experts of Uzbekistan on the issues of the forum’s agenda, almost all foreign participants emphasized that the new regional policy of Uzbekistan allowed to radically change the political atmosphere in Central Asia and lay the foundations for effective regional cooperation.

Speeches and comments of participants demonstrated the closeness and similarity of positions of all the states of Central Asia on current issues of international cooperation and regional security.

Confidence was expressed that many of the ideas and proposals that have been sounded on development and strengthening cooperation in Central Asia will find their practical implementation in the international conference on ensuring security and sustainable development in Central Asia, which Uzbekistan plans to hold under the auspices of the UN in November 2017 in Samarkand. It is expected to approve the relevant Communiqué with a call to the UN General Assembly to adopt a resolution on ensuring peace, security and sustainable development in Central Asia.