Surkhandarya is getting prepared for Bakhshi International Art Festival 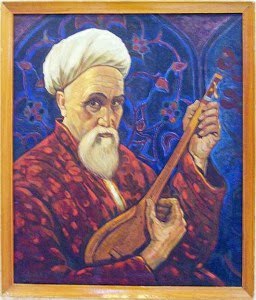 The meeting was attended by deputy khokim of the region, heads of relevant departments, people’s bakhshi, directors and scriptwriters, writers and poets, scholars, historians, media workers.

According to available data, in Uzbekistan 80 akyns, bakhshis and storytellers were awarded the title “People’s bakhshi of Uzbekistan”, 8 of which are residents of Surkhandarya region. They are making an invaluable contribution to preparation of decent students, upbringing the younger generation. In spring next year, Bakhshi International Art Festival will take place in Alpomysh Homeland, which should play an important role in wide promotion of this unique art form in the whole world. At present, thorough preparation for this event has already begun in the region.

In order to organize and hold an international festival at a high level, proposals of people’s bakhshi and scholars, specialists of the sphere were heard. Relevant tasks were identified to enrich the library of the children’s school of music and art No.22 in the city of Termez with books and manuals, equipping with musical instruments, preparing audio and video recordings of unique folk poems and collections, improving graves, where the founder of Sherabad storytellers school, Shern bakhshi found eternal rest.

Acting khokim of Surkhandarya region B.Pulatov delivered a speech at the event.