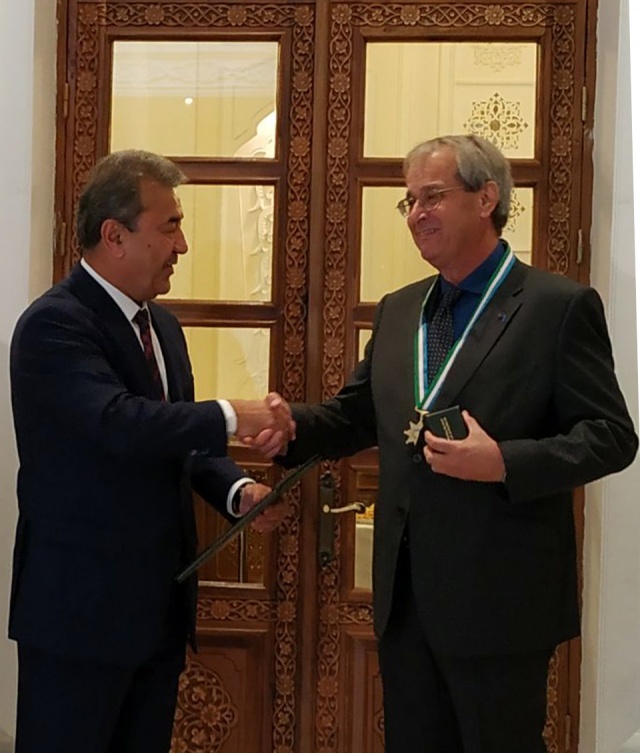 On October 8, the Embassy of the Republic of Uzbekistan in Paris hosted the awarding ceremony of Samarkand city’s honorary citizen titles to the President of the Association of Art and History of Temurids in France Frederique Beaupertuis-Bressand, an eminent historian and archeologist for Central Asia Frantz Grenet, famous French writer Amin Maalouf.

The event was attended by state and public figures of France, members of the delegation from Uzbekistan, representatives of the general public.

At the event, the First Deputy Chairman of the Senate of the Oliy Majlis S.Safoyev solemnly handed diplomas on conferring the title of honorary citizen of the city of Samarkand to public figures of France. 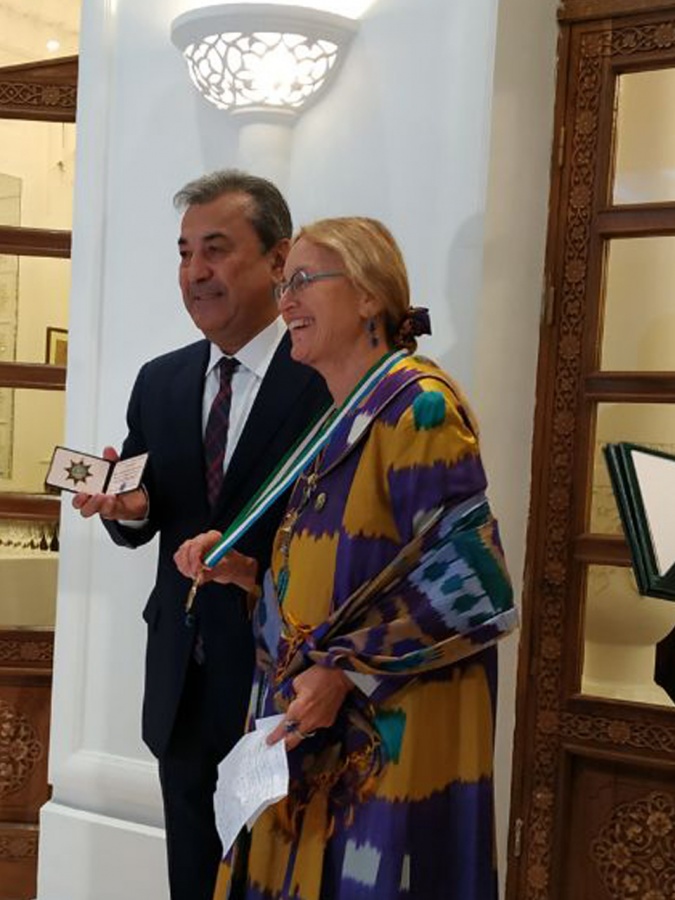 – It is a great honor for me to become an honorary citizen of Samarkand, which is called the Pearl of the East, – says Frederique Beaupertuis-Bressand. – Such attention calls me to work even more selflessly in the name of developing cultural cooperation between our countries.

It was emphasized that the research of scientists on the study of historical heritage is of great importance in further development of cultural ties between the two countries.